The taxidermy garden where this story takes place is so unique and vivid. Can you tell us about how the idea developed?

I wrote the first draft of this story at Clarion over the course of a week, and it actually began as three different stories. I’d been carrying around the idea of a woman whose partner was dying and had asked to be taxidermied and kept in the house after her death. Animals going rogue and trying to kill people was the premise of a novel I’d fiddled with. And finally I had an image of a girl taking her terminally ill aunt to bathe in a pool of alien-water. I was frantically trying to make one of these ideas work on its own, but nothing was clicking. At the same time, I was reading the brilliant story collection Alien Virus Love Disaster by Abbey Mei Otis and feeling inspired by how every story was so delightfully packed with weirdness. Two days before the story was due, in a sort of fever-dream panic, I decided all of the ideas were going to be one story. I think the unhinged-ness of the process made room for my imagination to really go haywire, as evidenced by the final outcome.

Raffi has a complicated emotional landscape that we see more and more of as the story unfolds. Tell us a little bit about your process of synthesizing characters and stories. How much of those interesting parts of her came out of character creation, and how much grew out of the world she inhabits?

Raffi was mostly a mystery to me at the start. I knew certain things about her: That when she died she wanted to be taxidermied inside her best friend who she was a little in love with. That she would look a bear in the eyes and say “come on then.” That she would have done anything for her aunt. Revising this story was a process of trying to better understand Raffi’s emotional landscape, as you put it so well. I made lists of questions about her and then tried to write my way towards answers.

In general, I don’t feel like I have a story until I have a character, but it often takes me time and drafts before I really understand them.

The story is set in Montana where the ratio of animals to people skews in favor of the animals, and the characters of this story are very cut off from the rest of the world. Do you have other stories to tell in this world set in other places, maybe where the balance is more in favor of humans?

I don’t have any other stories in this world yet, but maybe I’ll write some . . .

Throughout the story we see several of the statues in the taxidermy garden, and they are all a little different. Is there an underlying pattern to how Kay rebuilds them? Or are the differences we see just her growth in the crafting of them?

Kay is an artist—she reconstructs people based on her understanding of who they were, so each one gets a slightly different treatment.

What are you working on now and where else can our readers find your work?

This is my first fiction publication, but I’ve spent the past several years working on a short story collection, and hopefully some of those stories will be ready to make their way into the world soon.

Is there anything else you’d like readers to know?

Most of my stories draw heavily on my lived experiences, but this story felt like an exception. While there were elements that came from life—a nightmarish episode with a bear, a beloved aunt, my years living in the mountains—most of it was invented. Flash forward to the present where I’m quarantined in a one-bedroom apartment with my best friend and my girlfriend. I wish I’d written something with a happier ending. 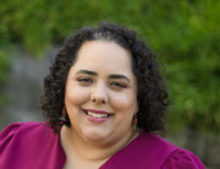