Tell us a little about why you are so fascinated with robots and monsters.

For the robots, it’s Star Trek and Beast Wars: Transformers. I watched re-runs of Star Trek: The Original Series and Star Trek: The Next Generation when I was a very Tiny!Merc and I loved Data and the Enterprise and any time there were robots on the screen. I wanted to watch everything that had robots in it after that. I got to see Beast Wars pretty much as it aired, and it was like the show was made for me—dinosaurs and robots and DINOSAUR ROBOTS. (I do remember some of the Transformers: G1 episodes from even earlier in my childhood, and that likely imprinted on me too!)

I’m not sure when I consciously realized the theme that seemed to run through shows or movies about destroying the robots/androids, or how they were an antagonistic force that had to be defeated. It always made me sad or frustrated. The way robots and androids and cyborgs can appear so very human, yet be different, or at least seen as different by the human characters, well . . . that clicked for me on a fundamental level. I’ve always struggled with social interaction and figuring out my own brain and wanting to understand/be understood by other people. (“How to Become a Robot in 12 Easy Steps” [scigentasy.com/how-to-become-a-robot] is very autobiographical.) So I latched on to the AIs and machines emotionally when understanding humans was so hard.

And the monsters? That definitely started when I first read Frankenstein, when I was like ten, after having seen the iconic 1931 film several years earlier and being very freaked out by the scene where the Creature is by the lake with the little girl. I adore Shelley’s novel and this power dynamic that evolves between the various characters. The Creature’s story resonated with me on such a gut-level that I couldn’t see any of the classic monster movies (Wolf Man, King Kong, Creature From the Black Lagoon, The Mummy, Dracula, etc.) without feeling—sometimes almost unbearable—empathy for the monsters.

If all I ever continue to write is about robots and monsters, well, I’m totally okay with that. There’s a lot of room to explore.

What was the initial spark for this particular cyborg story?

It was one of Mere’s descriptions, actually. Several years ago, I had this distinct image of a cyborg cradling someone’s head in a pool, and the tone of that image was so strange to me—intimate, yet sad and chilling. I didn’t know what it belonged to for some time, though. Then at end of 2014 (when this was written), I got these snippets of description and the line “tomorrow when we see the sun” and everything in my storybrain just clicked. I knew where the image of the cyborg belonged, and as I teased out the different threads in the story, it all gelled together. (And then, of course, I had to write a whole bunch of other stories in this universe, because I love shiny things!)

Mere’s emotional development is cleverly crafted and believable. It has human-like feelings but clearly is still an outsider. Yet its morals are recognizable, as is its ultimate sacrifice. Do you believe it is inevitable that a bio-machine consciousness such as Mere’s would have human morals?

I don’t necessarily know if they would correlate with human morals as we see them—I suspect it would depend somewhat on the basis of the programming that bio-machine consciousnesses evolved from. But I do think that with emotional intelligence would come a way to categorize things and likely develop an equivalent to morals or a moral/honor code as a way to decide how to handle life. (I’m not a scientist, though, so the nitty-gritty technical side of the question is rather beyond me.)

Why does Century hide her Sun Lord status until the end?

Sibling rivalry, probably. She’s been the god of death for so long, and at this point in time, all the Sun Lords are starting to decay in different ways—she’s not quite the power she once was, but she doesn’t want the other Suns to know that.

You have created such a rich, complex world in the Principality: Seven Sun Lords, the peace treaty, the creation of cyborgs, eel-ships . . . any plans to revisit this world?

Yes! I have several short stories in various stages of completion, a novelette in revision, and I am working on a novel in this world. I’m very excited with the possibilities and room to explore more—past, present, future—that’s unfolded in the Principality Suns universe. 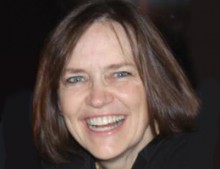