Several of the protagonists in your stories are children or youths (Sahra in this story, Tisha in “How to Get Back from the Forest,” the narrator in “Selkie Stories Are For Losers”). Do you approach writing younger protagonists differently from writing adult protagonists? What do you enjoy about writing younger characters?

I love writing young characters. I love their freshness. There’s something about writing in a young voice that returns you to childhood. Childhood is a wellspring for a lot of writers, I think, a place of intense feelings and clarity of vision. And of course those are also the reasons we need art—to experience powerful emotions and to see things in a new way. A kid’s perspective is great for that. When you write a young voice, you remember how it was to be utterly, stupidly passionate about things, and to perceive the injustices we often learn to close our eyes to later. Kids are not fooled when we try to cover up inequality. They will divide a cookie precisely in half. They’re the most conscientious people in the world that way.

This story is written as a series of messages to Fox. I love the way you used the word “tag” for it—it put me in mind of kids saying “tag, you’re it!”—and also linking someone in Facebook posts. How did you decide to use that format for this story?

It did come from internet language, from the idea of tagging people on social media! I just extended that concept into a system of communication.

When Mom talks, it feels like her past is the present we’re living in—“In those days, they could seize you for anything.” The alarming picture she paints feels very current with our reality as readers. What was the initial idea for the story and its setting?

This story started with a prompt, which is unusual for me. Neil Gaiman asked a bunch of writers to come and read original stories at an offsite event at last year’s TED conference in Vancouver. The prompt was, “Write a story about the world you would like to live in fifteen or twenty years from now.” So the project was new to me in every way—writing to a prompt, writing a utopia, writing a story that wasn’t depressing! In this story, although I write in Sahra’s voice, I am actually Mom as much as Sahra, because Mom has experienced the world I know. So yes, what she remembers is our current reality, a world that hasn’t yet embraced the three key elements of my utopia: the disintegration of borders, the opening of the prisons, and the abandonment of the automobile.

I admire how well you captured the immigration narrative, and the differing perspectives a child and a parent might have about it. I felt Sahra’s helplessness, but I also sympathized with Mom when she said, “You don’t know how lucky you are.” There’s also a point when Sahra says: Belonging. It hurts. Were you aware of this theme while starting the story, or did it grow out of the writing?

The theme grew out of the writing, which is what always happens with my work. I’ll have a hint or two when I start, a setting, a situation, but until I write the story I never know what it’s really about.

The image of a red thread has connotations in certain cultures. In Chinese and Japanese mythology it symbolizes a link between destined lovers; in Greek myth it’s what Theseus used to escape the Minotaur’s labyrinth. Did you have either of these in mind while writing this story?

Alas, no. All I can say is thank you, Isabel, that’s awesome! Of course, it’s always possible, even likely, that I absorbed these associations without knowing it. That happens to artists all the time. We don’t know what we’ve experienced or heard of, we can’t remember it all. We can only sense a tiny part of the huge network of images passing through us at every moment.

Do you have any advice for writers of color, especially those who would like to write speculative short fiction?

The thing you’re afraid of, the thing you want to hide, the thing mainstream markets can’t understand, the thing that won’t sell: that is your best thing, and it will make you a writer. 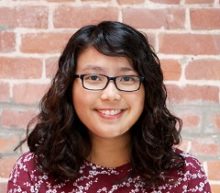 Isabel Yap writes fiction and poetry, works in the tech industry, and drinks tea. Born and raised in Manila, she has also lived in California and London. She is currently completing her MBA at Harvard Business School. In 2013 she attended the Clarion Writers Workshop. Her work has appeared in venues including Tor.com, Strange Horizons, and Year’s Best Weird Fiction. She is @visyap on Twitter and her website is https://isabelyap.com.