Let’s face it: darkness—perhaps too often—has become a dominant characteristic of modern television. A tour of recent, international SF and fantasy TV shows quickly reveals this isn’t just true in the US; the trend extends well beyond US shores. Darkness courses through these shows like an electrical current, and watching all these shows in close proximity might take some fortitude. But they’re definitely worth a look: Many of them are excellent, and all possess high production values, fascinating ideas and themes, effective techniques, and memorable storylines.

What better place to begin such a tour than with the first season of Germany’s Dark (Netflix, 2017)? Opening in 2019, Dark takes place in the isolated, German town of Winden. In the shadow of a nuclear power plant, Winden is rocked by a number of child disappearances that set the community on edge. Several locals—including troubled teen Jonas (Louis Hofmann), police detective Ulrich Nielsen (Oliver Masucci), and chief of police Charlotte Doppler (Karoline Eichhorn)—get involved in searches for the children. They find something else, however: shocking discoveries involving time portals, mindbending familial connections, and the cyclical nature of evil. Dark is slowly paced and isn’t quite as clever as it wants to be, but it’s also a mesmerizing watch, beautifully produced and steeped in unsettling atmosphere. Its time-warping narrative flirts with incoherence, as multiple characters recur across eras at different ages. Fortunately, astute physical casting and strong performances help obviate the confusion, making the journeys worth following. Whether Dark has the chops to sustain its juggled complexities remains to be seen, but its first season is ambitious and immersive.

That said, it may not be doing much that’s new. The influence of Twin Peaks, David Lynch and Mark Frost’s groundbreaking saga of small-town supernatural mystery, looms over Dark like an eclipse. Of course, this just makes it a perfect springboard for discussion of other shows that bear a similar resemblance. First, there’s France’s The Returned (2012-2015, streaming now on Netflix), another dark fantasy built around a community beset by inexplicable paranormal phenomena. In this one, young Camille (Yara Pilartz), who perished years earlier in a bus accident, returns to her family’s doorstep, miraculously alive and well at the exact age she died. Camille, however, is just the first of many in a bizarre incursion of revivified citizens. In fact, the town’s past is riddled with tragedy, a fact cast in sharp relief by the return of the dead. The shocked survivors, in addition to trying to make sense of the impossible, are forced to confront the emotional fallout of seeing their loved ones again in a chilling new context. The Returned may well be the mold from which Dark was cast: a glacial, eerie slow-build relying on ensemble dramatics and unnerving ambience. Substitute French for German, a hydroelectric dam for a nuclear power plant, and spiritual metaphor for time-travel twistiness, and these shows are strikingly similar. It’s a safe bet viewers who have seen and liked one will be a natural audience for the other.

The same could be said of Australia’s stunning The Kettering Incident (2016), currently streaming on Amazon Prime. This one chronicles a bizarre homecoming for Dr. Anna Macy (Elizabeth Debicki), a troubled London hematologist who fled her hometown of Kettering, Tasmania in the wake of a close friend’s disappearance. After years abroad, a baffled Anna awakens back in Kettering without remembering the journey. Something has lured her back, but what? In the course of attempting to find out, she uncovers the truth about both the strange, long-ago events of her past and a current, scandalous conspiracy. Debicki’s appealing performance, breathtaking Tasmanian vistas, and an intriguing plot make this a riveting watch with a real jaw-dropper of a season finale. The Kettering Incident also deploys its penchant for Lynchian disquiet in a slightly different direction. While Dark uses its genre elements to explore the sinister side of human nature and The Returned to wrestle with the intimate interpersonal struggle, The Kettering Incident is more interested in humanity’s fraught relationship with the environment. This tilts the show, despite its magic realist trappings, in a more science fictional direction. All three are thought-provoking, intelligent blends of spooky speculative content and mainstream drama.

If you need a break from rustic Lynchian weirdness, there’s futuristic SF out there as well. You’ll need a strong stomach for dystopian visions, though. From England, Hulu’s Hard Sun (2018) has the rare distinction of being pre-apocalyptic SF. In a day-after-tomorrow London, shifty veteran DCI Charlie Hicks (Jim Sturgess) is reluctantly paired with Elaine Renko (Agyness Deyn), a bright, unassuming young detective inspector. Hicks may be crooked, and Renko’s secretly been assigned to prove it, but they’re both about to have bigger problems. On their first case together, they come across evidence of a forthcoming worldwide cataclysm—and a ruthless conspiracy to suppress this news from the public. Hard Sun has a tantalizing hook—a literal end-of-the-world scenario wherein the heroes are forced to wrestle with the ethical dilemmas of their privileged knowledge. Unfortunately, despite attractive production values and likeable leads, Hard Sun isn’t entirely convincing. It attempts to have its cake and eat it, too—expecting the viewer to utterly swallow the evidence of the world’s imminent end, but also handwaving that evidence to keep it hidden and uncertain. It also can’t decide exactly what kind of a show it wants to be: a skiffy conspiracy thriller like Mr. Robot, a cat-and-mouse internal affairs rivalry, or an end-times case-of-the-week. Considering its short, six-episode order, Hard Sun might have done better to choose one narrative strategy, then use it to zero in on the philosophical implications of its core dilemma. There are still things that make it worth watching: moments of psychological insight, Renko’s steely performance, an unforgettable final image. Unfortunately, it doesn’t come close to realizing the promise of its gripping pilot. And yes, the relentless grimdark continues.

Better is Denmark’s The Rain (2018, Netflix), an assured post-apocalyptic ensemble drama. Borrowing the flashbacky structure of Lost, The Rain chronicles the ordeal of siblings Simone (Alba August) and Rasmus (Lucas Lynggaard Tønnesen). In advance of a coming thunderstorm, the two children are swept away from mundane lives by their parents to a secret bunker. The rain, as it turns out, carries a deadly plague. Their parents seem to have inside knowledge about this, but Simone and Rasmus are separated from them before they can learn the truth, and end up weathering the apocalypse by themselves. Six years later, a group of desperate survivors force them out of hiding, and they emerge to find themselves in a treacherous, plague-transformed quarantine zone. Forging a shaky alliance with these newcomers, Simone leads the group on a survival quest that carries them toward the truth of the climate disaster. The Rain has been called Scandinavia’s answer to The 100. It’s an apt comparison: It, too, is a young adult survival drama driven by factious group dynamics and ethical dilemmas. While it doesn’t possess The 100’s ambitious big-picture sprawl, it’s similarly compelling thanks to well-clocked plotting, attractive cinematography, and a capable, charismatic cast. Meanwhile, its smaller scope and close-in focus makes it feel more intimate and realistic than The 100, even as its ensemble experiences similar life-and-death ethical dilemmas.

Perhaps the most interesting series on this list is Brazil’s 3% (Netflix, 2017 to present), a vivid, dystopian allegory. In 3%’s post-collapse future, power and privilege are blatantly proceduralized by “the Process,” an annual rite of passage wherein twenty-year-olds participate in an escalating series of trials. The goal: to escape the slums of “the Inland” and find a brighter future on an island utopia. The injustices of this system aren’t lost on the contestants, especially the resourceful Michele (Bianca Comparato), whose brother passed the Process five years earlier. But agents of “the Cause” may have infiltrated the Process, with the aim of destroying this ruthless world order from within. The first season of 3% will feel familiar to seasoned science fiction viewers, a dramatized reality show flavored with the ingredients of its many genre progenitors, from Logan’s Run to Battle Royale to The Hunger Games and beyond. But these influences combine into something unique, and in fact the echoes of familiar genre ancestry actually enrich the show’s metaphorical feel. While its special effects are modest, it passes in an addictive blaze thanks to compelling situations and charismatic performances from Comparato, Michel Gomes, Vaneza Oliveira, Rodolfo Valente, and others. Its paradigm-shattering finale sets up a rather different second season, which begins slowly but gathers steam. I suspect many lured by the dazzling high-concept of the first year may find it difficult to shift gears, but it’s a worthy sequel that ambitiously undertakes to fill in worldbuilding backstory. Overall, it’s compulsively watchable, colorfully stylized, and powerfully messaged.

The international tour concludes with perhaps its most impressive stop, the British-produced, Iceland-shot Fortitude (Amazon Prime, 2015 to present), a stark, gritty, and unforgettable tale of murder, mayhem, and science fictional horror. Set on the fictional island of Fortitude—modeled loosely on Svalbard, an unincorporated territory of Norway—the series returns us once again to Lynchian small-town evil, but with an arctic twist. A peaceful island, Fortitude is populated by rugged expatriates from Scandinavia, England, and Russia, among other places. Its tiny police force, led by sheriff Dan Anderssen (Richard Dormer), typically doesn’t have much to do. But a brutal death—Fortitude’s first murder—is about to put them, and everyone else, to the test. Anderssen’s search for the truth, both challenged and aided by visiting detective Eugene Morton (the ever-stellar Stanley Tucci), will reveal more than just the killer’s identity. Fortitude’s breathtaking cinematography, intricate plot, rich worldbuilding, and superb international cast are chief among its many assets. But genre fans will find plenty to savor in its scientific mysteries and creepy ambience, which keep the viewer guessing as to the source of the community’s troubles: mundane or supernatural? Its mesh of Nordic noir procedural and Fringe-like skiffy intrigue makes for distinctly compelling viewing. Not for the weak of stomach, Fortitude’s first season is exemplary contemporary television, and its second continues the tradition strongly. Fans of Noah Hawley’s television projects Fargo and Legion will want to line up for this one, scheduled to conclude later this year with a four-episode final season.

The genre television scene has never been more robust, and instant streaming has led to a welcome influx of international content. Things are tough all over, it seems; perhaps there’s an opportunity out there for someone to provide us with a more hopeful and optimistic speculative vision. Until then, however, we can console ourselves with the generally high quality of our current options. 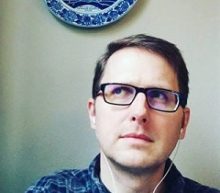