The Superpowered Potential of Epigenetics

In the past few years, something very exciting happened in the field of human genetics: After decoding the human genome and marveling at how few genes we actually have, scientists began to realize that the old paradigm of genes as the sole player of inheritance had to be modified. As it turns out, the way in which genes are expressed could be more important—especially heritable changes of gene expression, known collectively as epigenetics.

Once the Human Genome was deciphered, we were ecstatic at the possibilities of curing diseases, at the prospect of gene therapies … until we realized that gene therapy almost never works, and tracking down genes responsible for anything but the most straightforward Mendelian inheritance is an existential nightmare. Instead, it seems that genes don’t function (or fail to function) all by themselves. Epigenetic regulation of gene expression offers the key to understanding how do we manage to chug along with fewer genes than most plants, as well as treatment of disease and possibly, just possibly, actual physical modification.

The Rise of Epigenetic Understanding

Epigenetics refers loosely to the heritable changes of gene expression—such as methylation, histone modification,  and probably a few other mechanisms we know little to nothing about—without actual change to the DNA sequence. Of course, we knew about gene regulation all along: For example, DNA in all our cells is the same. It’s the gene expression that makes a skin cell different from a spleen cell or a pituitary cell. But understanding of the extent of this phenomenon is fairly new—as well as the shocking realization that epigenetic changes are heritable.

A famous study of the Dutch famine in 1944 shows that individuals who were conceived during the famine had less methylation on a certain gene. Methylation happens when a methyl group, a precise group of three hydrogen atoms and a carbon atom, is attached to DNA. It suppresses gene expression, so even if a gene has DNA blueprints to do a certain thing, it won’t put those plans into action.  The epigenetic changes of the famine were associated with impaired glucose tolerance, higher rates of obesity, and high blood pressure. Moreover, these changes persisted over generations—for example, having a same-sex grandparent who was a famine survivor (grandmother for women, grandfather for men) increased the mortality risk for the grandchildren. This shows that epigenetic changes can be passed down through generations, and unlike individuals who were exposed to famine conditions, these results cannot be attributed to intrauterine conditions. (So think of your grandchildren instead of crash-dieting!)

The effect of the source of epigenetic changes based on the sex of the grandparent is most likely attributed to genetic imprinting. We all have two copies of each chromosome (with the exception of X and Y chromosomes in men), one coming from each parent. As it turns out, they come pre-labeled. Even though now that these chromosomes are in your cell, they know whether they came from your mother (maternal chromosome) or father (paternal chromosome), and for normal functioning we need both.

The more we learn about epigenetics, the clearer it becomes that nature versus nurture is a false dichotomy—environment has more influence over our gene expression that we imagined, and in turn these changed genes can now be passed down to the next generation.

It’s no wonder that even though we still know little about epigenetic control, we see so much potential in it for curing diseases. Genetic diseases may be more treatable with epigenetics than gene insertion or deletion: While changing every gene in every cell via gene therapy is daunting, epigenetic regulation is likely to be much more achievable, since it can be altered by reversing methylation or relaxing imprinting of certain genes rather than inserting brand new ones. But what does it mean for genetic modification of humans?

It seems to me that the fantasy of superheroes or mutant X-Men should give way to possibilities of epigenetic control. Rather than asking, “Which gene could give us super strength?” We can instead say, “Can we epigenetically regulate genes we already have to make us stronger?” For example, myostatin (GDF8, or growth differentiation factor 8) is the protein responsible for stopping our muscle growth and differentiation. We know of a few cases where babies born with two copies of a mutation that makes an inactive version of this protein achieve remarkable muscle growth and strength. But it seems that suppressing this gene’s expression by encouraging its methylation would be a lot easier than knocking out two copies of the gene in each cell. After all, all the mechanisms for methylation are already contained in our cells—we just need to learn how to encourage it in specific sites. You can imagine the dramatic impact it would have in young people who are still experiencing growth—but even in adults (especially the ones doing weight training) it could cause fairly dramatic changes in a span of just a few months.

Myostatin also has an effect on speed.  While human examples might be lacking (besides anecdotal evidence that individuals with one defective copy of myostatin gene tend to be pretty good sprinters), there is a well-documented dog example: Bully whippets. In those dogs, myostatin leads to development of extraordinary speed and agility.

Endurance can be similarly tweaked by modifying the gene expression of erythropoietin (epo) receptors. Normally, epo is only produced at low oxygen environments (such as high altitudes). At normal oxygen levels, epo receptors shut down its production. However, by inactivating these receptors, we can achieve an abnormally high level of red blood cells—and as a result, the individual would be able to supply their muscles and other tissues with oxygen at a much higher rate than normal. Practical result: ability to run (or bike, or perform any other physical activity) for hours, while experiencing less fatigue. Better yet, inactivation of the receptors would result in an almost instantaneous endurance gain.

If werewolves are more your thing—well, we already have genes responsible for hair production; surely we can promote their expression!

We can even turn up our endorphins to make ourselves pain-resistant. After all, how hard can it be to either increase endorphin production or simply decreasing the rate of neurotransmitters’ breakdown?  We could manage it by histone modification. Histone modification can take many forms, but basically histones are proteins around which eukaryotic chromosomal DNA is wrapped. By changing histones we can change how loosely or how tightly DNA adheres to them—and as the result, how accessible genes are. Genes of the DNA wrapped tightly will be less available for RNA synthesis and thus gene expression, compared to the genes in a looser formation. A little epigenetic magic and we’ll all be walking around with smiles on our faces.

The Limits of Epigenetics

Of course, such modifications eventually run afoul of biological limitations: Some things are simply not possible (such as a predator running 400 mph that has a machine gun rack mounted on its back), and humans are no exception. For example, a recent paper in Journal of Applied Physiology argues that the limitations on human speed are imposed simply by the time required for a limb to make contact with the ground and apply necessary force. Because of that, human running speeds above 30-40 mph are likely to be biologically impossible.

Biological limitations are likely to be present everywhere: Strength might be limited by the ability of our bones and joints to withstand the stresses generated by the muscles, and so on. So we probably won’t be able to outrun locomotives or lift entire buildings. But if we want to make ourselves faster, smarter, stronger and healthier, learning more about epigenetic control can surely help! 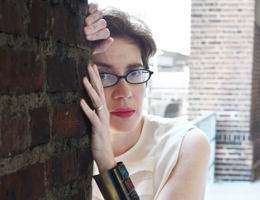