A faint, steady vibration carried through the igloo’s massive ice walls—a vibration that shouldn’t have been there. Jayne heard it in her sleep. Age had not dulled her soldier’s reflexes, honed by decades spent on watch against incursions of the Red. Her eyes snapped open. She held her breath. 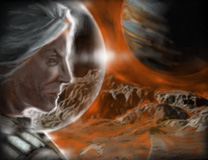 Ruminations in an Alien Tongue

Sitting on the sun-warmed step at the end of her workday, Birha laid her hand on the dog’s neck and let her mind drift. Like a gyre-moth finding the center of its desire, her mind inevitably spiraled inward to the defining moment of her life. It must be something to do with growing old, she thought irritably, that all she did was revisit what had happened all those years ago. 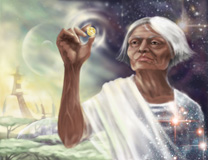 The stars seemed to flow around an enormous, circular gap in the star field. It had many different names, this region of space. The astronomers who discovered it centuries earlier had called it Bhat 16. Later physicists would call it “the sink.”

Best of the Year Lightspeed: Year One Reprinted in Gardner Dozois's The Year's Best Science Fiction 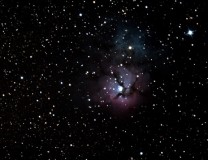 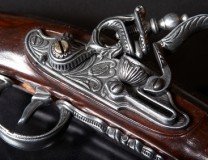 I never knew my mother, and I never understood why she did what she did. I ought to be grateful that she was crazy enough to cut out her implant so she could get pregnant. But it also meant she was crazy enough to hide the pregnancy until termination wasn’t an option, knowing the whole time that she’d never get to keep the baby. That she’d lose everything. That her household would lose everything because of her. 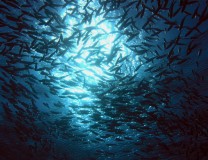