Bucket List Found in the Locker of Maddie Price, Age 14, Written Two Weeks Before the Great Uplifting of All Mankind

Get a tattoo, because Dad says that after we all go into the Sing nobody on Earth is going to have a body anymore. I don’t care if it hurts.

See a solar eclipse. This one time, Sandra’s family was going to drive us down to California to see an eclipse, but then her mom called my dad at the last minute and said it was off. I wonder why?

Go to the zoo and make fun of the animals.

Dye my hair blue. Mom says they’ll have to shave our hair to get the electrodes in, the ones that will transmit our minds up to the Sing while our bodies stay behind. So it’s kind of my final shot.

Invite Sandra to the Last Dance. I figure she’ll say no, because she’s been kind of weird around me ever since we kissed behind the bleachers that one time, but I hope she’ll say yes.

Finish watching every episode of Star Trek. I don’t know if they have Star Trek in the Sing, so I better do it now while I have the chance.

Sit at the cool kids’ table.

Wear that awesome old dress I got at Goodwill to the Last Dance.

Learn to speak French. Mom says that in the Sing there aren’t going to be any languages, everyone just thinks at each other all the time. I don’t care if it’s not useful. I want to learn it anyway.

Help out at a homeless shelter (I don’t really want to do this, but it feels like something I should say).

Learn to ride a skateboard.

Take a trip out to the Coast. We were supposed to do that last month, but when Mom started going over the travel plans she just wouldn’t stop crying, and Dad said no trips anymore. I bet I can get Aunt Alice to take me.

Break a bone. (Just a little one, to see how it feels.)

Get retweeted by a famous person.

Tell Sandra how much I hate her stupid face for standing me up.

Go to see the servers where they’re transmitting all of us into the Sing. I heard they’re like these big needles with bulbs on the end of them, and they roast your body to cinders and beam your mind onto these satellites or something. Dad says this one’s impossible because there’s so much security around the servers. I guess I’ll see them soon enough.

Write a novel. Although it might have to be a short story now.

Go camping, even if it’s only in the backyard. Mom says you can recreate this kind of stuff in the Sing, but I know it can’t be the same.

Tell Grandma I love her (and mean it).

Make up with Sandra and tell her I hope I see her in the Sing.

Get to the highest level on Candy Crush.

Take my cat for a walk.

Skype with someone on another continent. Dad thinks this one is silly, because the Sing is kind of like a giant Skype with everyone in the world on it, but I want to do it now. I don’t think I’m going to care about the things on this list so much when I get to the Sing. I don’t think any of us will.

Take my roller blades out of the closet and skate around and around the reservoir, no matter how much it hurts, until the sun goes down.

Go one whole day without being scared of anything.

Forgive Sandra for not loving me back. 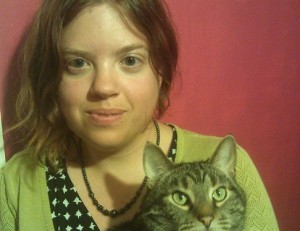 Erica L. Satifka’s fiction has appeared in Lady Churchill’s Rosebud Wristlet, Shimmer, Daily Science Fiction, and Clarkesworld. When not writing, she works as a freelance editor and teaches classes on SF/F writing at Portland Community College. She identifies as a bisexual woman and lives in beautiful Portland, Oregon with her genderqueer spouse Rob and three needy cats. Follow her on Twitter @ericasatifka or visit her website at ericasatifka.com.