Wendy N. Wagner is the author of the forthcoming horror novel The Deer Kings (due out summer 2021) and the forthcoming gothic novella The Secret Skin (fall 2021). Previous work includes the SF thriller An Oath of Dogs and two novels for the Pathfinder Tales series. Her short stories, poetry, and essays have appeared in more than fifty venues. She also serves as the managing/senior editor of Lightspeed Magazine, previously served as the guest editor of Nightmare’s Queers Destroy Horror!, and is Nightmare‘s current editor-in-chief. She lives in Oregon with her very understanding family, two large cats, and a Muppet disguised as a dog.

Laurel Amberdine was raised by cats in the suburbs of Chicago. She’s good at naps, begging for food, and turning ordinary objects into toys. She currently lives in Portland and works (remotely) for Locus Magazine. Find her on Twitter at @amberdine. 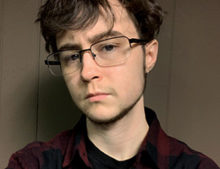 Luke Tolvaj (he/him) is a speculative fiction writer, copy editor, and freelance sensitivity reader. He attended the CSSF Novel Writers workshop in 2019 and the Repeat Offenders Online Workshop in 2020. He is currently deep in the wilderness of drafting a novel. You can find him on Twitter @LukeTolvaj. 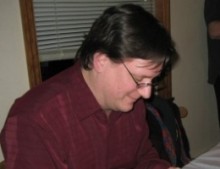 Anthony R. Cardno calls northwest New Jersey home when he’s not traveling the country for his day-job as an instructor on regulatory compliance. In his spare time, he writes fiction and interviews real people. His short fiction has appeared in Willard & Maple, Sybil, and Full Throttle Space Tales. His short Christmas novel The Firflake is available through most online book retailers. He can usually be found on Twitter as @talekyn and interviewing various creative types on anthonycardno.com. 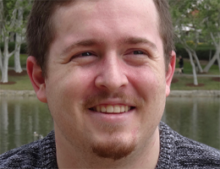 Devin Marcus is a freelance proofreader and editor living in Portland, Oregon. Outside of his day job proofreading and printing at a golf scorecard company, you can find him at Aphelion Webzine, where he’s the resident Short Story Editor. Additionally, you can send him cool horror-related stuff on Twitter @DubbleOhDevin. 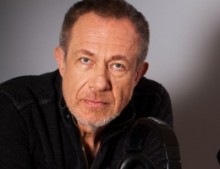 Stefan Rudnicki is an independent director, producer, narrator, and publisher of audiobooks. For his work, he has received more than a dozen Audie Awards from the Audio Publishers Association, a Ray Bradbury Award, a Bram Stoker Award, and GRAMMY Awards for the audiobooks The Children’s Shakespeare and Society’s Child. Outside of the audiobook industry, he’s probably best known for the dozen books he’s written or edited, from actor’s resource anthologies to a best-selling adaptation of Sun Tzu’s The Art of War. He is president of Skyboat Media, the most respected independent audio production team on the West Coast. He lives in Los Angeles, CA. 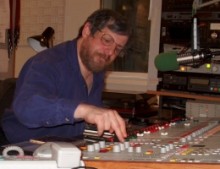 Jim Freund has been involved in producing radio programs of and about literary sf/f since 1967, when he began working at New York City’s WBAI-FM at age 13. Jim has been sole host of the radio program, Hour of the Wolf, since 1974. Over the years, he has produced many radio dramas and lost track long ago of how many interviews and readings he has conducted. His work has been twice nominated for and was once a winner of the Major Armstrong Award for Excellence in Radio Production. Jim is currently Producer and Executive Curator of The New York Review of Science Fiction Readings in NYC. He has also dabbled (occasionally with great success) in producing for the New York stage. He occasionally maintains his website at hourwolf.com and sporadically tweets as @JimFreund. A podcast of Hour of the Wolf is rumored to be forthcoming. 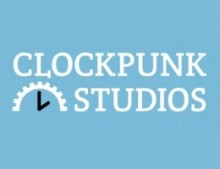 Clockpunk Studios is a web design company based in Lawrence, Kansas. They specialize in websites for authors, publishers, and small businesses, and are experts in WordPress design and development. Clockpunk Studios is run by writer Jeremiah Tolbert. 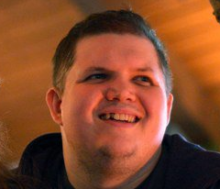 Adam Israel (he/they) grew up in the suburbs of Chicago, IL before moving to southwest Ontario, Canada with his wife and a cadre of cats. A software engineer by day, he wrote the ebook store software that powers Lightspeed/Nightmare/Fantasy magazines because he was tired of forgetting to download new issues of his favourite ‘zines. He is a 2010 graduate of the Clarion Science Fiction & Fantasy Writers’ Workshop, and writes short stories in between wrestling with the elusive first novel. His website is here. 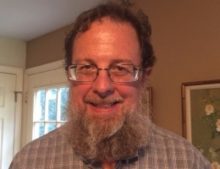