When word came that the king had died, Kyros began packing his tools. Agathon had been a fine patron, commissioning statues and friezes for his capital’s many temples and his own palace, but his wife had no reputation for piety or art. He was surprised, then, when one of her pages delivered a scroll requesting his services. He unpacked his tools, shook stone dust from his tunic, and laid his palm on a block of marble for luck before following the boy up the hill.

Queen Phyrra had lost no time in cementing her power. Already her banner flapped above the palace gates while workers whitewashed the walls in preparation for her own murals. A statue of Agathon had adorned the courtyard but was there no longer. Kyros hadn’t sculpted it, but it was good, solid work and he was sorry it was gone, as were many of the pious friezes he had made to adorn the courtyard. He wondered which of the gods the queen meant to honor with her first commission.

As it happened, none of them, nor did she want to be immortalized in stone herself. She wanted a statue for her private chambers. Her hands molded the air as she described it: a man, not Apollo but like him in size and shape, reclining on a draped couch, one arm raised as if to cradle a lover, one knee slightly raised and canted to the side, his cock erect. Kyros had heard of such works before and was confident it would not tax his skill. Even before he backed out of her presence, he had a model in mind. A second messenger, the next day, added a detail. She wanted it as a fountain, its water heated by a fire in the base and triggered by a discrete switch in the neck. It would serve to warm the stone, too. The water would emerge, of course, from the cock. A small bit of engineering. He understood why she wanted it.

He started work at once. He chose Triphon for his model, one of the younger men from the gymnastírio who despite his youth carried the graceful bones and toned, sleek muscles of a warrior. His hair curled over his forehead and down his neck and when it came to carving the more intimate details, his cock rose from its bed and stayed hard until Kyros either dismissed him or brought him to climax with his own body. If the queen did not appreciate the statue, Kyros thought, she was insane.

In the city outside the yard, the people knew she was insane. Where Agathon had been kindness and compassion, returning in service and safety what his people gave him in work and taxes, Queen Phyrra was cold and demanding. She ignored the feast of Demeter, she closed her gates against the celebration of the bounty of the sea, she no longer sent the whitest of cattle for sacrifice at the Pantheon, and so the harvest filled only a quarter of the storerooms. She took it all. Poseidon withheld his bounty, so day after day the nets brought up weeds and little more, and sailors ventured farther and farther from the land in search of carp and dentice. Even the reliable herring were few and difficult to catch. Grapes soured on the vine and unripe olives fell in showers from the trees. The island had seen droughts and famines in Agathon’s day but the king had always used his treasure to import food and wine from neighboring lands. Phyrra too imported food and wine, but the populace saw none of it. She fed her court and clothed them and herself in fine linens and silks, clasped and bound with jewels.

Within his studio walls, Kyros knew nothing of this. She supplied him in abundance with all he needed; she and her courtiers came by on occasion to view his progress and she always approved, leaving gifts of fine cheeses, or amphorae of wine from Chios or Lemnos, or lengths of expensive silks. These piled up in the sculptor’s storeroom or were shared with young Triphon. The boy was much taken with the silks, which he draped around whatever part of himself was not of current concern.

At last the statue was finished: sanded, polished, painted. The little fountain worked to perfection. The queen expressed her delight and appreciation. Statue and base together weighed so much it took eighteen slaves to carry them up the hill and into her bedchamber. After Kyros installed it and made sure it worked to her satisfaction, she sent a feast to his studio to be shared with his model, and in the midst of the meal she had them both strangled and their bodies thrown into the sea.

The queen’s sexual appetites were well known even when Agathon was still alive. At least, her courtiers whispered, she couldn’t have her stone lover killed when she tired of him. As it happened, he pleased her so much she retired to her private rooms and had her meals delivered to the door, no farther. She barred her personal servants and slaves from her rooms, save for the one girl who kept the fire burning under the statue and made sure the pipes were clear. She filled the lamps and emptied the chamber pot, slept curled inside the statue’s base, and Phyrra soon forgot she existed.

The queen had never experienced such satisfaction. She took her stone lover traditionally, straddling his hips while spread above him within the circle of his raised arm. She took him while kneeling away from him. She took him in her mouth. She took him in her ass. Unlike living men, he did not cry out when her teeth scraped down his penis, or she scratched at his nipples. His cock never softened. He gave her pleasure beyond belief as his marble body heated, reacting to the fire burning below the base and the friction of her naked body on his. Did the skin of his shoulders soften? Did she feel a flutter in his belly? Was his raised knee canted more to the side?

She spilled red wine before him. She sacrificed small birds, burning their guts and eating their flesh with reverence. She lay spread-eagled on her belly, murmuring desperate prayers not to Aphrodite or Eros, but to her stone lover himself. She took him often, multiple times, spending hours naked and resting against him between bouts of lust. Outside, starving people crawled to the palace gates, begging for scraps, but the courtiers barred the entrances and drove them off with spears and arrows. Their own supplies were running low. When they banged at her door, she ignored them. As long as she was fed, she was content.

He was warming, wasn’t he? She touched his head and felt his carved curls depress under her fingers; she wrapped her hand around his penis and felt it twitch. She bathed his body with aromatic oils, she clipped his fingernails and toenails, she felt soft stubble on his cheeks and chin. She murmured to him, urging him to life, urging him to join her on her couch. She poured wine for him that he could not drink, so instead she dribbled a little on the floor and drank the wine herself. And drank again. And again, until she stumbled backwards and sprawled across her couch, legs asunder, begging him to approach.

He moved. It wasn’t just the flicker of candlelight. He lowered his raised arm, he swung his legs to hang over the edge of the base. The copper water pipe scraped and broke as he stood; water spilled and steamed behind him as he walked across the room. A floor tile cracked beneath his feet. Her breath caught in her throat. His cock seemed even bigger and hot desire flooded her. She lifted a little off the couch, legs already bent to offer herself to him.

When he reached her, he touched her breasts, his palms cool and smooth, and ran his hands down her body. She lifted her hips, urging him to enter her, and he knelt on the bed. Thick, gilded timbers groaned. He raised himself above her and then down, penetrating her, laying himself along her body, along the length of her, resting on her as her ribs snapped and her pelvis broke, and she gave one last scream before blood stopped her voice.

Silence filled the private rooms. After a time, the slave girl crept from the statue’s base to see the stone lover stone again, and the queen’s body crushed beneath him. The girl reached a tentative hand to touch the queen’s cooling foot before she walked to the doorway and flung it open, to let in the courtiers and, behind them, the populace. They crowded around the wrecked couch in silence, their liberation so sudden they could not raise a cheer, but at the shoreline voices rose in celebration. 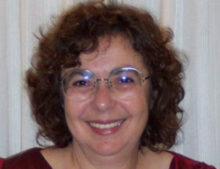 Marta Randall’s first story was published in 1972 in Michael Moorcock’s New Wave anthology, New Worlds 5. Since that time she has gone on to write 7 novels (one a Nebula nominee), over 20 pieces of short fiction, and various pieces of non-fiction. She has also taught writing since the early 1970’s. She served one term as vice-president and two terms as president of SFWA. Because of this experience, she is known as a highly-skilled cat-herder.

Born in Mexico City, she grew up in Berkeley, California, and lived most of her life in the San Francisco Bay Area. Finding life on earthquake faults tedious, she now lives on the side of an active volcano on the Big Island of Hawai’i.