This month, we have original fantasy by Ken Liu (“The Litigation Master and the Monkey King”) and Cory Skerry (“Breathless in the Deep”), along with fantasy reprints by Marc Laidlaw (“Catamounts”) and Angela Slatter (“Brisneyland by Night”). Plus, we have original science fiction by Yoon Ha Lee (“The Knight of Chains, the Deuce of Stars”) and Sean Williams (“Face Value”) and SF reprints by Alastair Reynolds (“At Budokan”) and Nancy Kress (“End Game”). All that, and of course, we also have our usual assortment of author and artist spotlights, along with feature interviews with Alaya Dawn Johnson and bestselling YA author Rick Yancey. For our ebook readers, we also have the novella “The Gorgon in the Cupboard” by Patricia McKillip and excerpts from Blood of Tyrants, the penultimate volume in the acclaimed Temeraire series by bestselling author Naomi Novik, and Kingmaker by Christian Cantrell. 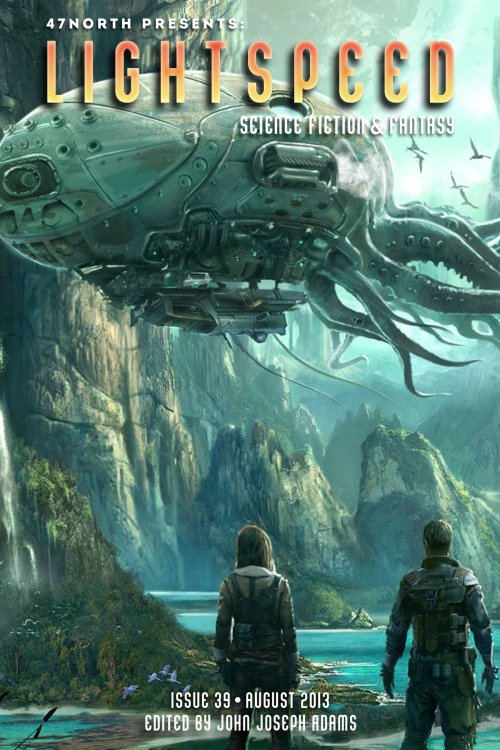 Welcome to issue thirty-nine of Lightspeed! We’ve got another great issue for you this month; read the editorial to see what we have on tap. 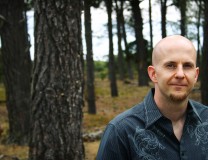 “I have my limits,” said Gorlen Vizenfirthe, hooking a full mug of cheap brew toward him with one of the petrified fingers of his stony right hand. A coarse black strand of beard-hair poked up from the foamy head like a sick fern’s frond. “And you, sir, are quickly approaching several of them at the same time.” 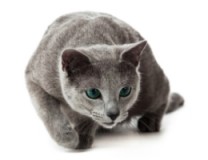 I think the repetitive quality of the story is similar to certain fables or folk stories, which often feature an element that repeats and gets worse every time. 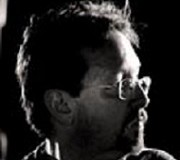 The Knight of Chains, the Deuce of Stars

The tower is a black spire upon a world whose only sun is a million starships wrecked into a mass grave. Light the color of fossils burns from the ships, and at certain hours, the sun casts shadows that mutter the names of vanquished cities and vanished civilizations. It is said that when the tower’s sun finally darkens, the universe’s clocks will stop. 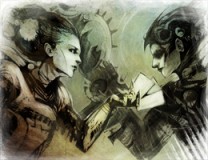 [I] said to myself, “But what if you could just mine games?” Then I decided that war was a game made incarnate, and there was a woman strategist who was out to completely outsmart him. It grew from there. 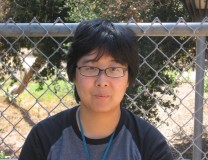 The Litigation Master and the Monkey King

The tiny cottage at the edge of Sanli Village—away from the villagers’ noisy houses and busy clan shrines and next to the cool pond filled with lily pads, pink lotus flowers, and playful carp—would have made an ideal romantic summer hideaway for some dissolute poet and his silk-robed mistress from nearby bustling Yangzhou. 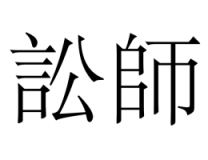 Late Imperial China never developed an independent legal profession as we understand the term in the West. But the complex social and economic life during the Qing Dynasty created demand for individuals with litigation expertise. And so the songshi (“litigation masters”) were born.

I’m somewhere over the Sea of Okhotsk when the nightmare hits again. It’s five years ago, and I’m on the run after the machines went berserk. Only this time they’re not just enacting wanton, random mayhem, following the scrambled choreography of a corrupted performance program. This time they’re coming after me, all four of them, stomping their way down an ever-narrowing back alley as I try to get away, the machines too big to fit in that alley, but in the malleable logic of dreams somehow not too big, swinging axes and sticks rather than demolition balls, massive, indestructible guitars and drumsticks. 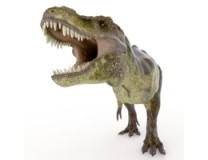 I had quite a bit of fun with imagining the backstory of Morbid Management—the idea being that a dinosaur-based rock act would only be the latest in a string of epically tasteless ideas that have all gone wrong in one way or another. Oddly, though, once I started thinking about robot cover bands, I wondered why someone hadn’t already done it in real life. And then (long after the story) I found out about Compressorhead, the all-robot Motorhead cover act! They sound like fun. 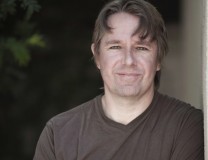 Edvige Faini is an Italian concept artist who works internationally for the entertainment industry. Her job is to create concepts, environment, and key frames for films, video games, and commercials. In collaboration with such design studios as New Fuel Studios and The Aaron Sims Company, her work is attached to some of Hollywood’s biggest productions of 2013-14, such as: 300: Rise of an Empire, Dawn of the Planet of the Apes, Hansel & Gretel, Maleficent, G.I. Joe, and Kull The Conqueror. Edvige Faini is currently employed at Ubisoft Singapore as a Concept Artist for the video game Assassin’s Creed. Her website is www.edvigefaini.com 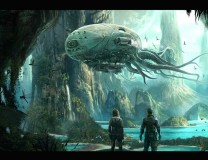 Breathless in the Deep

When Jantz spotted a black skeleton jutting up above the water, at first she thought it was just a tide-battered tree, but before long she could make out the shredded ropes and scraps of sail. The wooden bones were the charred yardarms of a sunken ship. 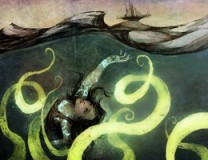 I started with the title and the premises of written magic and a sunken, haunted ship. 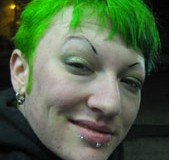 Allen Dodson was sitting in seventh-grade math class, staring at the back of Peggy Corcoran’s head, when he had the insight that changed the world. First his own world and then, eventually, like dominos toppling in predestined rhythm, everybody else’s, until nothing could ever be the same again. Although we didn’t, of course, know that back then. 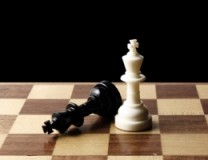 I think the whole secret of happiness, in this or in any other society, is to be deeply and genuinely interested. In anything: politics, your children, your job, soccer, quilting, collecting beer steins—it doesn’t matter. “Hobbies” is an inadequate word for what I’m talking about. The point is that when you are sincerely engaged with something, you have a reason to get out of bed in the morning with some degree of pleasure. 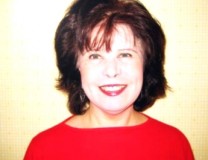 Alaya Dawn Johnson is the author of The Spirit Binder series and the Zephyr Hollis series. Her latest novel, The Summer Prince, is set in Brazil, 400 years in the future, in a pyramid city where young men vie for the honor of being elected king for a year, after which they are ritualistically sacrificed. She attended Columbia University and lives in New York City. Visit her online at www.alayadawnjohnson.com. 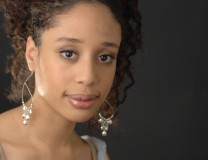 “How many kids now?” I asked. “Twenty-five we can identify for sure. But that’s out of a couple of hundred a week. Not all those are ours.” “Don’t say ours, Bela. They’re nothing to do with me.” I looked out the window. My reflection stared back. Beyond that I watched the night speed past. I should have been at my next-door neighbour’s eighth birthday party, pretending I didn’t like children; I shouldn’t have been here. 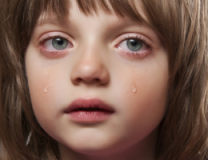 My passion is fairy tales and how they adapt across cultures and time, so I was sort of fascinated by how I could work them into an urban, very non-European, very modern Australian setting.

News of the disappearance of inventor Felix Frey spread through the Air with electric ease. It was exactly the kind of distraction I needed. There are only so many quaint old thefts and counterfeit scams I can pluck from policing archives while my girlfriend Billie works in her studio, adjusting facial nerves, muscles, and skin cells to fit her clients’ desires. 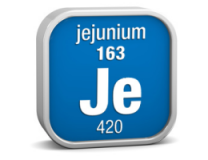 [The story] is set in a world where matter transmitters are taken for granted by most people, at least by the youngest members of society, who have entirely grown up with them. This technology, d-mat, doesn’t use a wormhole or anything like that: It analyses a thing, destroying it in the process, and then creates an identical copy somewhere else. 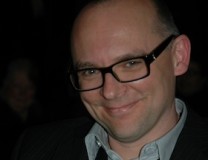 Rick Yancey is the author of popular young adult novels such as the Alfred Kropp series and the Monstrumologist series. His latest book, The 5th Wave, is the story of a teenage girl searching for her brother in the wake of a devastating alien attack. The book’s publisher, Penguin, is betting big that The 5th Wave has what it takes to become the next Hunger Games, and is giving the book a massive $750,000 marketing push. The 5th Wave has also been optioned for film by Sony Pictures with Tobey Maguire reportedly attached to the project. 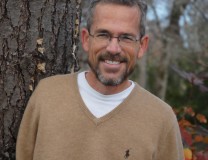