Matt Tkocz (mattmatters.com) is a concept designer and film illustrator working in the film industry in Los Angeles, California. He was born in Rybnik, Poland in 1986. At the age of two, his family moved to Germany where he grew up and eventually ended up studying Graphic Design. In 2008 he moved to California to attend Art Center College of Design in Pasadena where he graduated with honors with a B.S. degree in Entertainment Design in April 2012. Since then he’s dabbled in all sorts of fields in the entertainment industry.

’At A Boy is our cover image for this month; it has the nostalgic feel of an old photograph, a lone individual on a rocky beach with their faithful . . . cyborg? Beautifully painted, subtly humorous, a bit melancholy, where did the idea for this painting come from?

I’m very much into paintings that feel like there is a little bit of story or a greater context behind them. I’m always fascinated by ordinary scenes with an element of the extraordinary—or vice versa. And that’s what I tried to do with this painting. A peaceful moment as it could appear on a postcard, with a dash of badassness!

Your style is an awesome mix of painterly strokes, stunning atmospheric effect, and touches of photo-realistic detail. It also looks like you drew several of the architectural pieces traditionally first, pencil on paper, is that correct? What is your typical working method, how does a piece evolve from start to finish?

Yes, most of the architectural drawings were done in pencil on 17×14 sheets of tracing paper. They were part of a school assignment and our instructors made us stick to a certain process. And even though working traditionally can be frustrating and painful, the lessons you take away are invaluable and I highly recommend it to anyone. That being said, I’d rather die than go through that nightmare again!

These days I work almost exclusively digitally. A while ago I got myself a fancy, overpriced Wacom Cintiq which makes sketching on the computer almost as intuitive as on paper, but gives you the infinite flexibility you can’t get with any traditional medium.

As for my process, it is probably very similar to everyone else’s. I start out with research and rough sketches, which become more defined and detailed as I get closer to what I like, until I eventually end up with a final color illustration of the design.

You have amazing drafting skills, creating incredible building and vehicle designs. Was that always a fascination of yours? How do you go about creating these futuristic structures?

When I attempt to come up with any design (be it vehicle, character, or environment), I mostly try to figure out what the subject’s purpose in the context of the story is. Darth Vader’s dressing room has to fulfill different requirements than—let’s say—Hannah Montana’s interrogation chamber. (Everybody taking notes, yes?) Every design has its own set of attributes: Time period, form language, function, color scheme, and so forth.

Once I get a better idea of the basic needs of the design, I sketch out thoughts until I find a solution I can live with. From there, it’s mostly a matter of tweaking, detailing, and making it pretty. Along the way I always refer back to as much reference as I can, because it makes life way easier.

You are quite the storyteller, taking us to a pretty diverse array of otherworldly (and off-word) locations. Creeping around giant strawberries in Nano, traveling down into the gullet of a gigantic alien organism in Fantastic Voyage, you even delve into the realm of fantasy with Dragon Slayer. I was delighted to discover Rotation:81 and Style and Moves; two wordless illustrated collections you have put together. Can you tell us more about these books? What are your aspirations for your own storytelling?

Rotation:81 is a rough story I wrote back in college to give some context to my senior project. I didn’t want people to think that my portfolio was just a huge dump of unrelated images (which it was, to be perfectly honest). I tried to string my artwork together into a cohesive plot.

I guess my ultimate goal is to write and direct my own properties some day, be it for film or games. I don’t want to be other people’s design-bitch forever, after all. Like most, I’d rather make a living creating my own stuff.

It seems like much of your work history is connected to visual storytelling; working in the game and film industry. What have been some of the highlights you’ve experienced? Are there individuals or situations that have been pivotal to who you are as an artist?

The truth is, I graduated college less than a year ago, so I have to admit the list of my accomplishments is not very long so far. But I promise to get back to you on that as soon as I become a Design Rockstar.

Where do you usually find your inspirations? If you happen to get stuck on a project, what are some things you do to get through that?

I usually steal ideas wherever I can. The true challenge lies in covering your tracks! TED talks and documentaries are usually a great source to inspire sick thoughts, which sometimes lead to interesting imagery. When I get stuck, I ask my design pals for a second opinion. They always figure something out. Also, screenwriter Blake Snyder described a little technique in one of his infamous Save the Cat! books that stuck with me. He said, when stuck with a certain problem, to think of “a bad way to solve it.” That usually takes the pressure off and clears the road for fresh thought.

What does a normal work day look like for you? What are you doing when you are not working on an art piece? (Do you have any non-art related hobbies?)

When I work in-house at a studio, my work day is pretty much the same as everyone else’s with an office job. Laid back studios usually have an old fashioned 9-6 work day. Others make you work 12 hours or more. When I work from home on freelance jobs, the work pace is usually more relaxed so I end up having to make up for it by working longer hours. Hobbies? I sort of had to give those up when I started this concept design thing. But I do like to write and shoot short films whenever I get the chance.

Who are some of the artists who have inspired you?

My favorite artists change frequently, it always depends on my mood. Growing up, I was a big fan of Greg Capullo, whose work absolutely blew my mind. Back then I wanted to become a comic book artist but eventually stumbled upon this whole concept design thing. The artist whose work introduced me to concept art was the great Alan Tew (who, in my opinion, doesn’t get nearly as much appreciation as he deserves). Since then I’ve drooled over many, many different artists and designers who had a big influence on my taste and style. Amongst those were rockstars like John Berkey, Neil Campbell Ross, Niklas Jansson, Paul Lasaine, to only mention a few. At this point it’s probably appropriate to apologize to all the greats out there if I happened to plagiarize their work in a too obvious manner. I’m sorry, guys, but I could not resist!

All the interesting projects have not been announced yet so I have to keep quiet for a little while longer. But on my own time I am working on an epic short film called The Time Rapist, if anyone cares.

Matt, it’s been a pleasure talking to you, Thank you!

The pleasure is all mine! 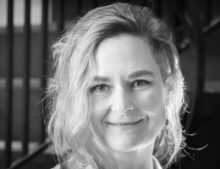