Odera Igbokwe (“OH-de-rah ee-BOH-kway”) was born in 1990 in a cocoon of fire and stardust and raised in Maplewood, New Jersey. Odera received a BFA in Illustration from Rhode Island School of Design and studied movement-theater and West African dance at Brown University. Odera’s illustration work is in the collections of Beyoncé Knowles, Solange Knowles, and Oumou Sangaré. Odera currently lives and works in New York City. Visit odera-igbokwe.com to learn more about Odera’s work.

The first thing that leaps out at me regarding your works is that they are very conscious of identity politics. Your works seem to cheerfully challenge many of the traditional assumptions about race, gender, and sexual identity in science fiction/fantasy illustration published in the West. Is that fair? Is that intentional?

Cheerfully intentional! At this point these choices are my default, and are a reflection of my own identity politics. When I started drawing as a kid, I emulated my favorite characters. So if I wasn’t drawing Storm from X-Men, then literally all my drawings featured white or white-passing characters. When the great equalizer known as anime/manga came into my life, I took on a bishoujo aesthetic (which included skin tone). White was always the default, which was not healthy for my self-image.

As a teenager, the lack of representation started to really sink in. I would jokingly grasp for any morsels of representation I could find. “Fran from Final Fantasy 12 is obviously a brown-skinned woman.” I even thought Lara Croft (pre-Angelina Jolie) was a woman of color. (See Michael Turner’s Tomb Raider/Witchblade crossover, featuring bronze-brown-caramel skin and full lips).

Eventually I stopped wondering where the diversity was, and started to take action. I realized I could create fantastical characters that looked and felt more like me, one bad drawing at a time.

So often in SFF, the default is image after image of thirty-something, brown-haired white males and the occasional trophy/object. The objects are sometimes referred to as women, but I only enjoy that term if the character exists with her own purpose and desires outside of serving a male fantasy. Occasionally, these worlds will even pull from an entire culture but then lack the representation of actual people from said culture (e.g., the major Chinese influence in Firefly without a single Chinese character to be found). It becomes very clear whose fantasy we are celebrating and who is welcome to the table.

So a big part of my work is saying, “Hey, let’s welcome other people to the table! Maybe we can all build our own tables! My table sparkles and doubles as a bed, and you’re welcome to sit here respectfully.”

Please share with us some of the particular Afri-diasporic myths and character archetypes that your works explore.

I like to say Afro-diasporic myth because that covers the gamut of legends and mythologies. The entire spectrum deserves love and respect, so ancient goddesses from the Odinani or the Orisha, such as the sun goddess Anyanwu, have a place in my heart just as much as an Erykah Badu song (specifically “Ye Yo,” a song that crafts a contemporary mythology about motherhood).

The most striking aspect of Afro-diasporic mythology is that so much of the history is song and dance. Movement tells a story that written words cannot. So a lot of my exploration and ideas for illustrations don’t occur until I have danced them out, and made sense of the characters through movement. This also enables a lot of fun dance breaks and Instagram videos.

For instance, the piece featured on this edition of Lightspeed, Shango’s Hammer, celebrates and reimagines the thunder god Shango in a SFF setting. But this piece didn’t come into being until I went to an Afro-Cuban dance class and started to embody these archetypal characters and myths.

I regularly ask Lightspeed artists about the subtext of Orientalism in a lot of Western science fiction/fantasy illustration. Eighteenth- and nineteenth-century Orientalist painting was often used as propaganda for colonialism, to justify the conquering of other countries by depicting them as exotic and barbaric. That impulse to exoticize the Other is undeniably a part of the heritage of Western SFF illustration. Is your work a conscious response to such impulses? It seems that your exploration of non-Western traditions manages to strip away the exoticism without losing the sense of wonder.

That dynamic comes with knowing history, and then knowing myself. In many instances, I am considered The Other. I am black, queer, and non-conforming to the gender binary (I don’t bake, eat, or serve gender rolls). I’m not a proper American; not a proper Nigerian. So it is natural for me to represent “The Other.” When you practice decolonizing and unplugging yourself from a machine that typically dehumanizes you, it is only natural to put your humanity at the forefront.

With all that said, I make sure I tread carefully so as to never exoticize or dehumanize with my illustrations. I often ask myself, “Do I have a claim to this narrative or story? If not, how can I respectfully take on this subject as an outsider? How can I show the wonder, magic, and fantasy of said subject while still respecting the source material?”

Usually that internal dialogue goes on in my head for as long as time allows and then I say something like, “Okay, okay. Your intentions are pure. Let’s pray that shows up in the work. Go ahead and redesign Sailor Neptune with thick thighs and body fat.”

Your non-SFF illustration work seems to celebrate a 1970s sensibility. Your images of contemporary dance divas use the saturated colors and montage compositions of 1970s graphic design and album art. Some of your other work seems to celebrate a 1970s “Dawn of Queer Activism” sensibility. Are you consciously trying to invoke the sexual revolution/disco dance floor utopianism of the 1970s in such works?

I have never actively looked at the 1970s for inspiration, or at least I wasn’t aware of the sensibility until after the fact. I can say that my non-SFF illustration work tends to be a lot more improvisational. My color palette naturally favors saturation, and I love montage compositions (especially of movie posters from that era). So the 1970s sensibilities are coincidental, but make a ton of sense considering the elements at play. And honestly, I am trying to invoke a sexual revolution and disco dance floor utopia in all aspects of my life.

What are some of the most important influences in your art, from fine art painters to mythologies to pop culture?

The African Diaspora: dance, music, textiles and patterns, fashion, mythology. Creativity born out of resilience and survival. Carefree black girls on tumblr, who celebrate their beauty in the face of mysogynoir.

Celebrations of Afro-futurism aesthetics in ’90s to 2000s hip-hop and R&B. For example, Aaliyah, “We Need a Resolution”; Janet Jackson/Busta Rhymes, “What’s It Gonna Be”; Erykah Badu, “Didn’t Cha Know” and “Next Lifetime”; and Missy Elliot’s videography.

I love the figure. I love bodies. I love figure drawing. My relationship to dance only heightens that and makes me obsess a little bit more.

RPGs. I love RPGs for their worldbuilding and for exploring the process of growth and honing one’s craft. And as someone who is a bit disruptive of labels, I am quite fond of the structure of character classes and jobs in the RPG realm. Nothing feels quite as good as leveling up a character and learning new abilities and techniques. There are definitely moments when I say, “I have to level up my skill tree, but that won’t happen until I finish X amount of drawings.”

Discuss your technique a bit. Is this all hand-drawn, analog work we’re looking at? What is your relationship with digital work?

There are a few pieces that are all traditional. But the majority of the work starts hand-drawn. The skeleton and foundation is typically pencil and/or ink on paper. I treat that as an underdrawing that I scan into the computer. All the textures and imperfections that occur on paper help me break the sterility of a blank digital canvas. After the sketch stage, the rest is Photoshop and a trusty Wacom tablet.

A lot of my dream projects are simply creating personal pieces. Usually they start off as suggestions to humor myself. I say to myself, “Imagine if I redesigned the cast of Sailor Moon and had full reign and control over the visuals” or “What if I created a zine celebrating the magic of queer intersectionality?”

My most recent dream is creating concept work and illustrations for an SFF world, where the main source of inspiration is African mythology and the Afro-diaspora. I have started a little bit of that with Shango’s Hammer and a few ink drawings of reimagined RPG character classes.

I also have a constant itch to explore the intersections of dance, music, and illustration, but that is a nebulous, overarching dream project. Most recently it’s manifested itself in illustrations exploring each song from Utada Hikaru’s album Exodus, in regard to memory and personal narrative.

Other than that, my dream projects include a concrete list of clients I would love to work with. Or extremely outlandish ideas, such as Beyoncé and Björk doing a collaborative concept album and needing an illustration for each song. 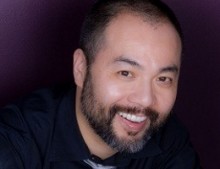