Some things are invisible.

Air. Gravity. Faith. Love. When I was a child, I moved through the world unaware of the invisible things around me; I grew to know them as they impacted my life. I learned that without air, I couldn’t breathe. That without gravity, I couldn’t walk. I found my faith in the places where it was waiting for me, and I learned about the different kinds of love. What took longer to learn was that I lived in a world where certain kinds of love were considered better, or more valid, than others. Where if I read a book that was full of people who loved each other, whose love I could see in the space between the sentences, I would be told that some of the love I saw didn’t exist. Men and women loved. Men and men, or women and women? No. Never.

Science fiction was the genre I turned to when I wanted to be told that things would get better, that we would carry air to the bottom of the ocean and gravity to the depths of space, that our faith in the unknown would never waver. And even there, again and again, I found the denial of most of the invisible force of love.

That’s finally changing. This collection, this grouping of stories and essays and personal moments, is a part of that change. Because you can see the air on a foggy day. You can see gravity pulling a stone down. You can even see faith in the way we reach for each other, flinging our hands across the void, confident that someone will be there to catch hold.

It’s time that we finally admitted that we can see the love that’s everywhere, filial and romantic and platonic and shared by all different types of people, in all different combinations. This is the future. All we have to do is open our eyes, and see.

Once we told stories to stay alive. Stay sane, stay together, stay special. Around a fire, gesturing at the burning coals, at the men and women huddled together, at the stars. Oh, yes, the stars. The open sky, whether dominated by the single star, so close and majestic, we worshiped for thousands and thousands of years (and still do, to an extent, at Fire Island and Rehoboth Beach in summertime) or at night when tempting jewels stayed out of our reach. The queer ones told stories. We have always been there, from the beginning, and our tales, our songs, our verses comforted the ones that felt different from the rest. Gay and lesbian culture as we know it, gender dysphoria, and the rest of the complicated spectrum of sexual and gender identity may be postmodern constructs, but there have always been men who loved men and women who loved women and folks who felt suppressed by what society told them to wear and act because of what was found between their legs.

When Lightspeed publisher John Joseph Adams asked me to be the reprint editor, I was honored. Is there any better feeling than unearthing a treasure, showing it to others, seeing their faces, knowing their imaginations are set on fire by what you share? Most of my choices are from the later decades of the twentieth century — alas, so few queer-identifying authors wrote spec fic before I was born. The Golden Age of SF is a rather heteronormative, pale one. I imagine that transgender readers must feel the same way about years where I first read a gay story by a gay author; and so, for one of the best works of science fiction by a trans author, I looked to recent times, when folk are realizing that binary in SF should remains 0s and 1s and little else.

Geoff Ryman is probably the most well-known of my choices. I wanted to include his massive and genius “A Fall of Angels, or On the Possibility of Life Under Extreme Conditions,” but I don’t want to break the bank on the paperback of QDSF, so enjoy his “O Happy Day!” and do yourself a favor and buy Ryman’s collected stories. He’s both a gentle man and a gentleman.

I want to thank everyone who offered suggestions (including the eager authors who wanted to be part of QDSF — your enthusiasm for the project moved me). I double my gratitude to John and Wendy who were not only wonderful parents to QDSF but made me feel special. I was allowed to share stories. I felt alive. Come, stare at the stars with me.

The term “science fiction” is sometimes metonymy for “the future.” We hear people say “it’s like science fiction” when they mean “this is what I imagined the future would be.” But the two-edged sword of fiction is whether it is descriptive or prescriptive — does it describe some things out of many or does it define the limits of the possible? This is an incredible power. Those of us who produce fiction have a responsibility to wield that power for the greatest good.

I chuckle at the title of this anthology. Queers can’t destroy science fiction. No one can. No one can destroy the future. But we can, through malice or complacency or inattention, limit the future. We can so narrowly, so tightly map the possible that we wall ourselves into a cave of our own making. And we queers, we can and will and must destroy that narrowness of scope.

We have always been here. We will always be here. Destroying the familiar, the comforting, the sameness. When we do so, we make the future greater, wider, more open to all. When we destroy science fiction, we must do so with joy and glee.

I found that joy in editing the flash fiction. I found that joy in the humor, anger, hope, and brilliance of the writers you soon will have the pleasure of reading. If we have destroyed anything, it is merely to bring you a shining future.

I’m always perplexed (and, if I’m being honest, peeved) by the tokenization of queers and LGBT characters within this genre. With few exceptions, there only seems to be room for one of our kind within a work of fiction. No matter the role we play in these stories, our purpose tends to be singular. Our participation limited. Our meaning muted. For all the talk of diversity and representation in this community right now, there seems to be something missing from it: We flock to each other.

While geographical boundaries or intersecting marginalizations may make socialization difficult, I’ve found that we queers seek each other out. We form communities within communities, as is the case within SF fandom at large. One of the most rewarding aspects of soliciting and editing the pieces for the nonfiction section of QDSF has been because of this phenomenon. I’m a longtime SF/F fan, but relatively new to the community itself, so it’s been a pleasure to have the chance to meet and become friends with other queer and LGBT fans and writers and creators who love the same things I do. I wanted to foster that sense of community with the pieces I chose, even if that meant turning a critical eye on what we consider a community. But that’s important to me. Community has never been about assimilation or homogenization; the communities I felt most rewarded by were those that challenged me.

I hope these works challenge you.

Working on this project has been extremely fulfilling in ways I hadn’t quite realized. I have been a science fiction fan for as long as I can remember. I raced home after school to see afternoon reruns of Lost In Space and Star Trek. I couldn’t read enough of it. I built model space ships and made special effects movies. I was a geek. I was different. I remember the promise of flying cars. I believed.

I never thought for an instant that there would be the sweeping change that we have witnessed in the past ten years. I believe that we are living in future times. This is science fiction fulfilled. We are always marching toward further acceptance in society, and we continue to move forward. I believe that one day we will reach full acceptance, and that we will in fact boldly go . . . where no one has gone before.

This has been an honor.

The Queers Destroy Science Fiction! special issue was guest-edited by the following:

Seanan McGuire (who also writes as Mira Grant) is the bestselling author of more than a dozen novels, with her latest releases being Symbiont, Midnight Blue-Light Special, The Winter Long, Half-Off Ragnarok, and Sparrow Hill Road. She is a ten-time finalist for the Hugo Award, as well as the 2010 winner of the John W. Campbell Award for Best New Writer. Her short fiction has appeared in the magazines Lightspeed, Apex, Fantasy, and Nightmare and in numerous anthologies, including Robot Uprisings, The End is Nigh, Wastelands 2, Glitter & Mayhem, Dead Man’s Hand, Games Creatures Play, and The Mad Scientist’s Guide to World Domination, among others. She is a regular blogger and dissector of media, and one of the contributors to the Hugo Award-winning podcast SF Squeecast. Find her on Twitter @seananmcguire. 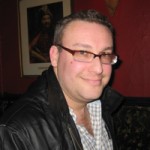 Steve Berman has edited more than thirty anthologies, including the Shirley Jackson Award finalist, Where Thy Dark Eye Glances: Queering Edgar Allan Poe and the annual series Wilde Stories: The Year’s Best Gay Speculative Fiction, which has been a two-time finalist for the Lambda Literary Award. His gay YA novel, Vintage, was a finalist for the Andre Norton Award. He founded Lethe Press, one of the larger LGBT publishers, in 2001. He resides in New Jersey, the only state in the Union with an official devil. 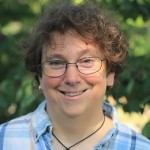 Sigrid Ellis is co-editor of the Hugo-nominated Queers Dig Time Lords and Chicks Dig Comics anthologies. She edits the best-selling Pretty Deadly from Image Comics and edited the Hugo-nominated Apex Magazine in 2014. She lives with her partner, their two homeschooled children, her partner’s boyfriend, and a host of vertebrate and invertebrate pets in Saint Paul, MN. 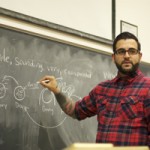 What if you could re-live the experience of reading a book (or watching a show) for the first time? Mark Oshiro provides just such a thing on a daily basis on Mark Reads and Mark Watches, where he chronicles his unspoiled journey through various television and book series. He mixes textual analysis, confessional blogging, and humor to analyze fiction that usually makes him cry and yell on camera. He’s been nominated for a Hugo in the Fan Writer category in 2013 and 2014 for his work, and he’s nearly done with his first novel. 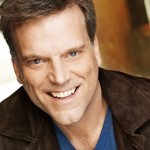 Paul Boehmer attended his first Shakespearean play while in high school; he knew then that he was destined to become the classically trained actor he is today. Graduating with a Masters Degree, Paul was cast as Hamlet by the very stage actor who inspired his career path. A nod from the Universe he’d chosen aright! Paul has worked on Broadway and extensively in Regional Theatre; coinciding with another of his passions, science fiction, Paul has been cast in various roles in many episodes of Star Trek. Paul’s love of literature and learning led him by nature to his work as a narrator for Books on Tape, his latest endeavour. Paul is married to the love of his life, Offir, and they live in Los Angeles with their two midnight-rambling tomcats, Dread and David.