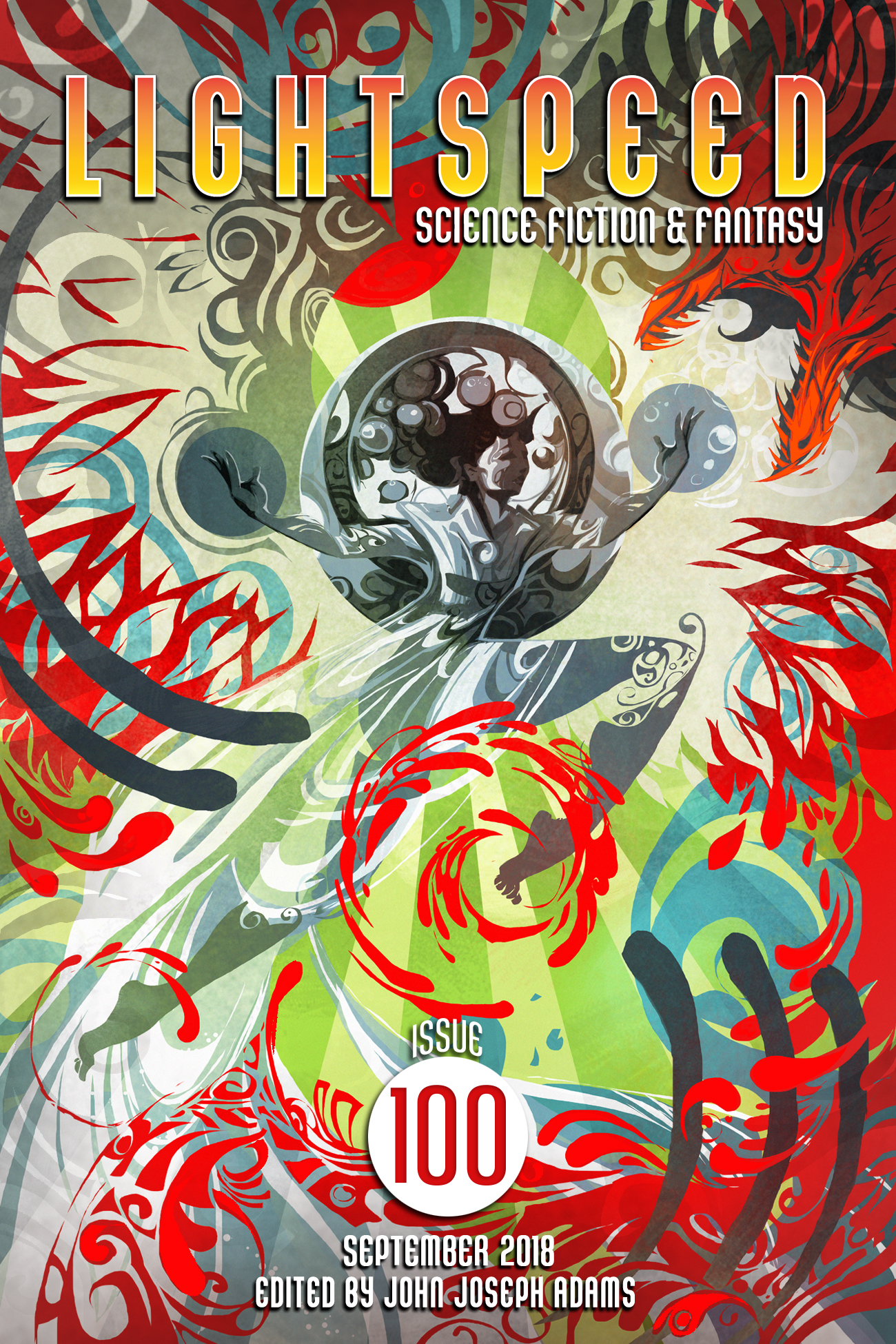 LIGHTSPEED #1 was launched in June 2010, and now eight years later, we’ve reached a milestone: Issue 100. To celebrate, we’re publishing a super-sized issue, with ten original stories–more than twice the amount of original fiction than usual–plus ten reprints and some special nonfiction to boot. And to make things even more commemorative, the vast majority of our fiction in this issue, both original and reprint, comes from our most frequently published fiction contributors—the LIGHTSPEEDiest writers to ever LIGHTSPEED. It’s a distillation of what we’re made of, and we’re beyond excited to share it with all of you.

FROM THE EDITOR
Editorial: September 2018

This special issue is available from our usual array of ebook formats and vendors, but is also available in a special trade paperback edition.

Our online edition includes the usual amount of fiction we publish—8 stories—but the rest of the special issue bonus content is exclusive to our ebook and trade paperback editions.