Boy was lying on the table when I put the power drill to his head and pulled the trigger.

It was just about sundown. Crickets already talking. Motor whirred, but the screw didn’t rotate. In the candlelight, Boy looked up at me, not blinking at all. “Are you finished?”

“Be still,” I told him. The chuck was stuck, so I turned it till I heard a click. Then, holding my breath, I kept my hands real steady as I drove the screw in all the way. Finished. I lifted my goggles. Boy sat up. Electronic graphene-based skin glowing. He looked around, his AR implant calibrating to the setting: this rundown shack in the middle of some nowhere forest.

“Test it out,” I told him, pulling my gloves off. “Ask me anything.”

Boy tapped his lips. “So I can read faces to see who’s lying or not, right?”

Boy started beaming with his big, brown eyes. Just like my firstborn. “You’re telling the truth!”

I took a breath. Pine and ground coffee. Put a hand on his shoulder. “I’ll never lie to you, son. Now help me clean up this workshop ‘fore it get too—”

The blue light above the door blinked on just then, robbing me of my words.

I blew out the candles. Boy tossed me my carbine rifle. Ducked under the table. I peeked out the barred window, eyes darting around the dark woods.

Didn’t see nothing. “Prolly a fox or cat tripped the wire is all.”

Next thing I knew, Boy was up, right next to me. “Boy, whatchu doing?”

Boy didn’t budge, staring up at me. Those big, brown eyes. I felt bad, the way I hollered at him, but he caught me off guard again when he said: “Can I go outside?”

“Tomorrow,” I told him and just that quick I forgot he could read me now.

“Get back under the table.”

“Cause I said so.” And that shoulda been the end of it. I put the gun down. Some deep breathing to ease my nerves. “Now either help me clean up or you going to sleep. Your choice.”

I relit the candles, cut off the blue light. Boy grabbed a broomstick and got to sweeping, the shush-shush sounds meshing with cricket calls. Maybe a minute went by when he spoke again: “Why’d you give me this LDI if I can’t ask questions?”

“You can ask whatever you want. Don’t mean you’ll like the answer.”

The shush-shushing stopped. Had my back to him, but I felt his eyes. The Lie Detector Interface ain’t been active for sixty minutes and already he questioning me. My intentions. Like I ain’t been looking out for him, protecting him since Day One.

I didn’t want him to see me this way, so I dabbed my eyes before turning around.

“You told me I could help you clean or go to sleep, remember?”

“You said it was my choice. But what kind of choice is that? I want to go outside, but you force me to choose only what you want. To control me.”

I couldn’t help but laugh. Boy thought he was so smart. And he was, to an extent. But I brought him into this world, and he wasn’t smarter than me.

“I ain’t tryna control you,” I told him.

We stood there, neither one flinching as night fell.

I nodded. Rubbed my gray beard. Okay. Okay, since he wanted to play a real man’s game, figured I’d expound on the rules. “With that LDI, you can read people, see if they lying, like I said. But if you ever tell a lie, you will . . . break down.”

Boy cocked his head. “You gave me a self-destruct switch?”

“No. What I gave you is a failsafe. Should anything happen to me, and you all alone, tell a lie and your whole system shuts down. That way, can’t nobody hurt you. It’s a worst-case scenario, but—”

“Why would you do this to me?”

Hearing the wobble in his voice, a lump swelled in my throat. I pinched the flesh of my neck to dislodge the words: “You can end things on your own terms.”

Lightheaded, I limped to the old chair. Sat down, gun in my lap. “Point is, it’s a dangerous world, and there’s monsters out there that’ll kill you cause they see us as a threat.”

Boy looked at his hands. “But how am I a threat if they’re ones killing us?”

“That’s the paradox of the land we live in.”

Boy frowned. Head tilting to the left, then the right. Maybe this was all too much too soon. Maybe I shoulda kept my trap shut. Let him be a boy a little longer. What did protection mean anyway? Was it shielding him from the pain of life? Or preparing him for the worst?

I got up, set the gun on the chair. Walked over to look him dead in those big, brown eyes. “Read my face.”

But as I reached for the power switch to put him to sleep, he yanked away from me.

I heard the words, but couldn’t process them. Was it true? No, couldn’t be. If it was true, he wouldn’t be breaking down cause he only breaks down if he tells a lie. But it wasn’t a lie either, cause if it was, he would be breaking down, but then it wouldn’t be a lie. And I couldn’t handle it. Felt like my brain was folding in on itself. I fell. Saw myself reaching out, heard myself calling out as Boy grabbed the gun, bolted out the front door and off into the night. 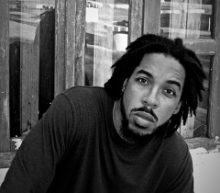 Russell Nichols is a speculative fiction writer and endangered journalist. Raised in Richmond, California, he got rid of all his stuff in 2011 to live out of a backpack with his wife, vagabonding around the world ever since. Look for him at russellnichols.com.