I love how you have expanded the traditional use of “faery” to include gremlins. Beyond the ’80s movie franchise of the same name, what inspired your “gremlins in the machine” sequences? What did the act of Marigold smashing the empty gremlin trap represent?

I’ve been really into establishing “space habitat folklore,” and gremlins are a big part of that. My gremlins are inspired by the originals—the ones that would go around causing malfunctions in airplanes, and in an off-Earth habitat where your survival is dependent on all your machines working well, gremlins would be a natural way to explain random malfunctions.

The gremlin trap is a bit of worldbuilding that I’ve had in my back pocket for a while. The idea here is that Martian kids build these traps as a way to learn basic mechanical principles, so that they can get used to how things work, and the smashing is purely cathartic. I mean, if you’re dependent on machines for life, wouldn’t it be such a relief to be able to smash one once in a while, and vent all your frustration against the whole thing?

Regarding ritual nuances like kneeling to whisper into buttercups (which reminded me of kneeling for bedtime prayers and Sunday Mass), which cultural or religious traditions that you drew on would you like readers to know more about? Any relation at all to the spiritual writer A.P. Barton from the early 1900s, or just coincidence?

No relation, as far as I know! If I was drawing on any existing cultural or religious traditions, it’s purely coincidental—religion especially, as I’m not religious myself, and aside from what I’ve absorbed from the culture I live in, I’m not too familiar with it. Instead, I was trying to invent new things out of whole cloth, because it’s not like the future is going to be using the exact same blueprints that we have now, and not creating any of their own.

The focus on living, natural components for Marigold’s rituals in part comes from traditional stories of faeries, and in part from the psychological effects of living in an artificial habitat. It’s one way I try to keep the characters from being copy-pasted early-twenty-first-century individuals.

There are a few plants mentioned. Marigolds, based on their color, traditionally stand for passion and creativity. Rowan trees are in the rose family. Saxifrage (aka rockfoil) are known as “stone breakers.” Is there any deeper significance you want readers to be aware of?

This story started out as one of my Clarion West stories, so when I was writing it I didn’t have much time to do deep research—but the rowan, specifically, I chose because of its mythological resonances. The reason I made one of the radio’s antennas out of rowan is because I found reference to apotropaic powers being ascribed to it, which is pretty important if you want to protect yourself against potentially hostile transmissions from Fairyland . . .

In your story and in Poe’s story entitled “Berenice,” the namesake character’s mortality is in question. Was that intentional and to what end?

This is, in fact, a complete coincidence! In the first drafts of the story, Berenice’s name was Heather, but I changed it in light of comments about all of the characters having garden-related names. When I name characters, generally I look for euphony as well as names that I haven’t used before, and Berenice fit the bill for me.

The character development of Marigold is deeply layered. She is both introspective and outwardly focused or results-oriented. She thoughtfully considers the emotional intelligence of community dynamics and has practical knowledge of a type of botanical shamanism or spiritual tech while simultaneously being handy with electronic tech gadgetry. How did you land on this mix of personality traits for Marigold? In our world’s commonly held astrological system, what would her zodiac sign be?

I’m not an engineer or mechanic, but a lot of the characters I write end up being people whose work involves maintenance—because I find it interesting, and I recognize its importance. For Marigold specifically, technical and botanical skills go hand-in-hand, because while mechanical life support is going to be important inside a space habitat, biological solutions are just as important. Otherwise you end up with the situation from the 1942 story “QRM—Interplanetary” by George O. Smith, where an ignorant newcomer destroys a critical part of the station’s life support because it looked like ordinary weeds. I see it as being able to come at a problem from multiple angles, with multiple potential solutions, which is always important.

In terms of personality, no conscious thought went into that. In that regard, the most likely explanation is that Marigold is an unconscious reflection of some of my own traits, with the addition of skills and traits I’d like to have. Astrology isn’t something that I deal with personally, but it does raise the question of how things would change for a person in Marigold’s position. Current astrological practice assumes that you’re living on Earth, but what happens when that’s no longer true? What kind of astrological influence would Earth have on Psyche?

These are the kind of questions I like wrestling with in a “hard sf” framework, honestly, because for so long the genre ignored them. So many futures had corridors made of gleaming metal, without a hint of green. 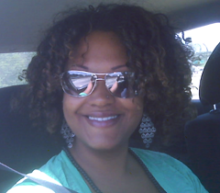