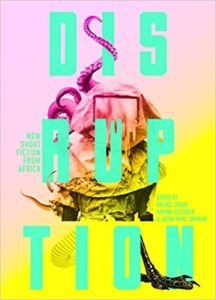 If you took a writing or lit class, you probably read Joseph Conrad. He died in 1924, he was white (a Polish immigrant to the UK), and he is one of the most famous authors to have written about Africa. Many readers in America will experience the African continent and its people as seen through Conrad’s work. Many people of color, including Chinua Achebe—a Nigerian author—have described Conrad’s work as racist. Some scholars, such as Adam Hochschild and Peter Edgerly Firchow—both white Americans—disagree. Nonetheless, while Conrad’s work is widely read, many Americans would be hard pressed to name an African author, let alone one they’d read. Whether or not Conrad’s work is racist, more Americans experience Africa through his work than through any actual African perspective.

In science fiction, there are a number of very well-known authors who are white and who write about Africa. Mike Resnick is possibly the most famous. While many science fiction fans have probably read Resnick’s Hugo-winning story “Kirinyaga,” which has been reprinted many, many times since its original 1988 publication in The Magazine of Fantasy and Science Fiction, far fewer know about Charles R. Saunders, a Black American who was Resnick’s contemporary and who also wrote stories inspired by Africa. Then there are authors like Flora Nwapa, Amos Tutuola, Kojo Laing, and others, who were actual Africans publishing speculative work at the time Resnick’s “Kirinyaga” came out. I would bet cash that if you bring up their names at a major genre convention, you’ll get nothing but blank stares in return.

It is what it is. And I’m not here to say Resnick was racist; that’s not the argument. But I will posit that most genre readers over a span of several decades, going back to wherever you personally like to consider the beginning of science fiction, have seen Africa through the work of white writers. It’s not that there wasn’t work out there by Africans of various countries, or even by writers who weren’t white, mind you. But, again, it is what it is.

In 2000 Sheree Renée Thomas published groundbreaking anthology Dark Matter, featuring authors of “the African Diaspora,” which mostly meant Black Americans (including Saunders). But it was Dark Matter and 2004 anthology So Long Been Dreaming by Nalo Hopkinson and Uppinder Mehan, which featured a more international set of authors, and a few other similar books which paved the way for Ivor W. Hartmann’s 2012 anthology, Afro SF: Science Fiction by African Writers.

Yes! At last, “the first ever anthology of Science Fiction by African writers”—genre readers could finally get a concentrated dose of Africa through the lens of actual Africans. You know, twenty-four years after Resnick’s award-winning story. And, it was edited by a white African, and featured work by a number of white Africans. This may seem meaningless without context, but consider the way white authors often portray Black folks, as opposed to other white folks, regardless of location . . . . Regardless, Hartmann published several volumes, and they included fantastic authors such as TL Huchu, Chinelo Onwualu, Tade Thompson, Rafeeat Aliyu, and more. The problem is, again, that very few people know about these books. But these were just the beginnings of great things.

In 2020 magazine Brittle Paper published anthology Africanfuturism edited by Wole Talabi and posted it as a free download for readers. The link is here: bit.ly/3x1kkIq. 2020 also brought the collaborative effort of Zelda Knight and Oghenechovwe Donald Ekpeki: Dominion—an anthology absolutely bursting with African voices and perspectives. Ekpeki published the very first Year’s Best African Speculative Fiction anthology in 2021. In other words, it’s a bit easier now to get stories told by authors from a number of African countries. But anthologies such as these are still very few in number, and the white authors who write or wrote about Africa are still better known, better paid, and better distributed, especially in genre circles, than the editors putting these books together. Which is why books showcasing African voices are so very important.

And this leads me, finally, to the actual review.

Disruption: New Short Fiction from Africa, published by Catalyst Press, is a must-read. This book features a number of brilliant speculative pieces by African authors. In what seems to be a long-standing tradition, based on a few Google searches anyways, I would say genre is slipping up again, overlooking a book that deserves to be reviewed, purchased, and talked about.

But not you, dear reader. I got you. Let me give you just a taste of what this book offers.

“Before the Rains” by Nadia Ahidjo is one of several which utilize climate disaster. The people of the Sahel are afflicted with endless rains. A handful of people have come from far away to collect “human interest stories,” and to ask how the people of the Sahel managed to survive. From the outset Ahidjo’s satire is cut with sharp strokes, the objectifying nature of the approach of the visitors—“Prototypes”—made clear. As the narrator relays events to sister Ténéré (instead of telling the outsiders), we see how the Prototypes experimented and offered to “help” other peoples around the world, while enjoying their own much grander privileges entirely separately from those they purported to help. The narrative becomes a wonderful mirror to the disconnection between those who “help” other cultures and the people they “help.”

“Before We Die Unwritten” by Innocent Chizaram Ilo is, on the one hand, a polemic against greed, in particular the kind which ultimately leads to destruction. On the other hand, it’s an astute meditation on human nature, especially the frailty of our existence, and the ties we have to one another, which can enrich our lives yet are so often easily unwound. It begins as so many science fiction stories begin: corporate-driven experimentation. Of course, the protagonist, Mr. Melifeonwu, warns against proceeding as planned. And of course everything falls apart. Sure. But the tale is effectively told, and Ilo’s somber, poetic prose, punctuated by startling moments, and lined with glittering subtext make this piece excellent.

“Five Years Next Sunday” by Idza Luhumyo depicts a caller, a woman whose locs hold the power of rain. This thread alone makes this story cool. Luhumyo builds the story from there: the region is caught in a drought, and shearing off the protagonist’s locs at just the right time will bring rain. Because of the power of this role, her family has always scorned her, treated her like a stranger. But then a wealthy foreigner comes along who is smitten with her hair, and he starts heaping wealth upon the family just so he can be near her. Suddenly the family changes their tune—and because the foreigner loves the hair, suddenly the family doesn’t want her to cut it . . . but where does that leave the region, still desperate for rain? Luhumyo develops a complex, layered narrative about the fickle nature of relationships, greed, desire, and more. Underlying all this is a powerful look at the objectifying nature of exotification, one which exposes the ways in which exotification is also exploitation, and a thirst-driven desire to own what you covet.

One of the most extraordinary pieces in the entire anthology is “Static.” As living conditions on Earth worsen, Amina Saud is selected to relocate to one of the colony planets. The plot is simple enough, but the writing makes this story superb. A wonderfully visual opening creates a sense of place, of moment; then the author, Alithnayn Abdulkareem, brings the reader in closer with the personal and the specific, utilizing an interesting memory tied to the original, tangible moment, all to immersive effect. Lovely phrases, complex relationships, and engrossing situations drive the read. The speculative element makes an excellent framework upon which Abdulkareem hangs lucid observations about sociocultural issues, especially things like belonging, the choices we are forced to make, and the imprisonment and slow death that marginalization can be. Really breathtaking work.

Yes, you should absolutely get this book because we need more like it, because projects like this need the support of readers, because success signals to publishers that books like this are salable. Yes, you should get it because your favorite authors of African stories shouldn’t only be white authors. But beyond these reasons, you should absolutely get this book because of the fantastic stories on offer. Get it because these authors are excellent storytellers. Learn their names, spread the word. The world is large, and it is full of wonders.