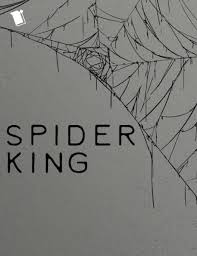 Justin C. Key’s Spider King is a short, stirring read. It’s a horror narrative reminiscent of high-quality graphic novels in some ways. But the story’s focus on the post-incarceration life of protagonist Darnell Lee turns an entertaining read into an important book.

Stories with a premise around utilizing desperate prisoners are nothing new. The 1967 film The Dirty Dozen immediately comes to mind, wherein prisoners are offered freedom if they can pull off a suicide mission; as does 1987’s The Running Man, with prisoners fighting for their lives—and their freedom—in a death match for entertainment. Stories with experiments on desperate people are nothing new: La Jetée and later American remake 12 Monkeys have prisoners hurtled through time via an experimental device, A Clockwork Orange features a prisoner subjected to experimental behavior modification techniques, and Power Man (aka Luke Cage), introduced in 1972 by Marvel Comics, was a prisoner who was promised freedom if he underwent an experimental procedure.

What makes Key’s treatment in Spider King both special and important is the intimate and grounded exploration of the real-life horrors inflicted by the prison system that remain in an individual’s mind and body even after release. Darnell Lee is not a swaggering figure empowered by the call to duty or thrust into heroic action. He’s just trying to survive. He’s scarred by his experiences, perhaps permanently so; changed by them. And even as he’s been changed and must strive to adapt, the horrific speculative element of spiders taking up residence in his body serves as a layer of metaphor, creating a visceral experience for readers engaging in a topic that might be otherwise ignored or glazed over.

As horror or dark fantasy, the story’s strengths are mainly in the creative application of spiders, a creature we’ve seen employed in tons of stories. Despite the ubiquity of spiders as device, the idea here feels fairly fresh, and the scenes and body horror are absolutely wonderful. Readers who delight in creepy things will have a number of fun thrills, and the more hardened horror readers will find solid moments of tension, especially roughly halfway into the story, as the speculative element is explored and the relationship between critters and Lee develops.

But as I implied before, the real horrors are the aftereffect of Lee’s two-year bid. Arguably the spider infestation is a literalized metaphor for the way prison has rendered Lee into something monstrous, or less human—at least, to Lee’s own self-assessment. Prison is an environment in which there is no safety, only constant threat; in which exterior forces seek to control and limit the actions of individuals, often through means which treat them as less than human; in which people are worn down to essential, rough impulses of aggression or survival; or often enough people are pushed beyond these to self-destruction. Released after his two-year term, Lee is unable to relax, unable to be “normal” or to even remember what normal is. Moreover, as he struggles to adapt, as he grapples with his own self-image and habits, it becomes clear very quickly that the world is eager to use his incarceration as justification to treat him as less than human. “The jail had marked him in a way people couldn’t identify. It would have been better to have a thousand spiders canvassing his body; at least, then, people would know what to make of him. As it was, he represented unrecognizable unease, one that pulled at each person’s own unique fear strings” [quote used with publisher’s permission]. While Lee has a wife and daughter who provide the kind of stability and support many real-life prisoners do not have, between anxiety and limited opportunities, his freedom and mental health are both precarious. “Just trying to survive” is no easy feat, with or without spiders.

One of the reasons we come back to the trope of a prisoner with nothing to lose getting offered a shitty deal is that we easily believe—we know—that our prison systems are so terrible that they could leave a person desperate to do nearly anything to get out. The book opens with Lee ready to submit to an experiment, and we as readers have immediate buy-in. We also find it entirely believable that someone in that situation might not deserve to be there, might not deserve to rot away to nothing, and we will eagerly follow a protagonist through their journey to redemption. Justin C. Key’s story reminds us, gently, that prison continues to be hell, even after you get out; that what you are when you get out is transformed: emotionally and psychologically wounded, mirroring the wounds which eventually cover Lee’s body, the spiders nestled within like traumas, spring-loaded with reactions, often hard to control, and monstrous to those who don’t understand. But the underlying message here, the most important takeaway, is that regardless of the apprehensions and assumptions of people who would see you as less than human, who would define you if you let them, you are, in fact, still very human. Your life is worth living, and you’ve got to do the best you can to get yourself to a better place.