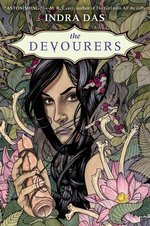 One December night in Kolkata, historian Alok Mukherjee meets a man who casually reveals that he is half werewolf. Curious but disbelieving, Alok agrees to the stranger’s request: transcribe a journal, a historical account that may explain how one can be “half werewolf.” And so begins the incredible tale of The Devourers.

I love this startlingly original book for so many reasons. Indra Das’s ambitious take on werewolves, which incorporates worldwide shapeshifter myths and posits that all of these creatures, from djinn to rakshasas, are simply different names for the same thing. The lush, evocative language that continually engages all the senses, conjuring images and feelings through the perfect combination and rhythm of words. The complex, flawed, fascinating characters at the center of the story.

What ultimately makes The Devourers such an amazing book for me is that it is a story about stories, about our lives as narratives. The stranger tells Alok his own story, and he offers Alok stories that inform his past, and Alok tells us all of them. Throughout the book, I asked myself whose story it was. Was it Alok’s? The stranger’s? The narrators of these firsthand accounts? All of their lives are intertwined, creating an epic yet intensely personal saga that spans centuries, set against the backdrop of the Mughal Empire and all its human concerns, unaware of these shapeshifting invaders.

Das writes these shapeshifters as true beasts, primal forces of nature. They piss, they shit, they vomit; Das does not shy away from their monstrous bodily fluids. And yet despite the preponderance of pissing penises, I found them utterly enchanting. Shapeshifters do not understand humans, but since they were once human themselves, and they do consume them, they find themselves drawn to human emotions, like love. But the book does not sugarcoat the idea of brutal devourers in search of love any more than it does them. This book is beautiful and horrific, often at the same time.

I honestly don’t know how to address the treatment of race, gender, and sexuality, as Das makes bold, deliberate choices that may make one intended point but still prove unsatisfying. For instance, we spend far more time with white werewolves in Mughal-era India than the native rakshasas; then again, these unwelcome foreigners are portrayed quite negatively. The shapeshifters are presented as almost exclusively male, and while this is a very well told male-focused story that does examine gender dynamics, I would have liked an imagined world where more women could be terrifying werewolves. Rape is a central plot element, and though the scene is not graphic and the survivor has a voice, I’m conflicted about how much agency I feel she truly has. My misgivings were overcome by the brilliance of the book overall, however. This is a book with the most fucked-up bisexual genderflipping werewolf romance imaginable—I don’t know if it gets everything right, but, damn, it’s worth discussing.

From its intriguing opening scene to its breathtaking final monologue, The Devourers sank its teeth into my heart and my mind. What a rich, engaging, complicated reading experience. This is not a book to be devoured, but savored. 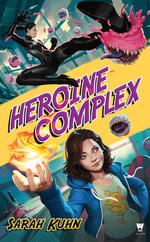 So how about demonic cupcakes? Yes, I said demonic cupcakes. Heroine Complex opens with San Francisco’s beloved superhero, Aveda Jupiter, punching and kicking demonic cupcakes while her personal assistant, Evie Tanaka, films the fight for her fans. Sometimes portals to a demonic Otherworld open; it’s a thing. It’s how Jupiter and many others got their superpowers, after all, and now tourists flock to the “Demon City.” Kuhn devises a modern approach to superheroism in the social media age, with Jupiter concerned about her Twitter followers and everything written about her by annoying gossip blogger Maisy Kane. This all sounds fun, right? It is fun!

But Kuhn adds incredible depth to her main characters, both Asian-American women (one Chinese, one half-Japanese), best friends who grew up never seeing superheroes who looked like them until the Hong Kong action film The Heroic Trio. They have a tight bond, and Evie owes Aveda a lot, but now she lives in her shadow. How do you play subordinate to someone you were supposed to be on equal footing with? What kind of years-long resentment and tension can come bubbling to the surface? When do you decide that you’ve had enough? I love the complexity of their relationship, and so many others in the book. From Evie’s little sister, Bea, to Aveda’s bodyguard, Lucy Valdez, everyone feels like a real person that Evie’s spent time with, that you want to spend time with. Except maybe Maisy.

Heroine Complex must have superpowers of its own to be this good. It’s a fun and enjoyable read, thanks to Evie’s narration, and it’s funny because, well, demonic cupcakes. But Kuhn grounds the characters so well that the goofier elements never feel too silly; they’re simply a part of the world she’s created, an alternate version of San Francisco filled with local celebrities and popular hipster spots . . . that happens to be invaded by demons occasionally. And the mystery of the demons unfolds slowly, as Evie picks up on little clues that neither she nor the reader can put together until the final plot twists will have you flipping back pages to see the masterful way Kuhn set everything up. The action scenes sparkle and the sex scenes simmer. There’s something for everyone in this rollicking tale of kissing, cupcakes, and karaoke. 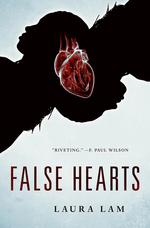 Another book about multiracial, bisexual, formerly conjoined twin sisters raised in a technophobic cult who get caught up in a web of murder within a dreamwalking-drug syndicate? Somehow Laura Lam mashes up loads of cool ideas into one unique experience with False Hearts.

Lam wisely wraps all of her disparate elements around a familiar framework: a murder mystery. Tila Collins is accused of murder in San Francisco, a city that hasn’t even seen a murder in decades thanks to the amount of internal and external surveillance in this future. To clear her name, her twin, Taema, must assume her identity and infiltrate the Ratel, who traffic in a drug called Zeal that allows people to lucid dream their wildest fantasies . . . and possibly a darker, more violent version called Verve. As Taema steps into her sister’s life and investigates crime lords, Tila recounts their time in the Hearth, investigating her own memories of being brainwashed until her fascination with the outside world finally led her and her sister to escape to it.

Once False Hearts gets going, it never stops. It’s the kind of book you want to put down if only to torture yourself at moments of high tension and get that welcome sense of relief when you return. Lam offers plenty of reasons to keep you turning pages. The mystery of the Ratel and its origins. Tila’s alleged murder, and all the secrets she kept from her sister that she now needs Taema to discover if she doesn’t want to end up in cryostasis. Taema’s personal and working relationship with her partner, Detective Nazarin. All the technology, from optical implants that project crime scene holograms and flesh parlors that remold faces to the Chair that can download information into your brain and allow you to walk into other people’s drug-induced dreams. The Hearth backstory that makes Tila’s otherwise static narrative feel dynamic since you want to know so much more about that cult.

False Hearts succeeds most at being a fun technothriller with twists and turns that had me slapping the book and cursing at revelations I should have seen coming. I love the futuristic world even though I never got a good sense of how it developed or even how far in the future it was, and while that information may not be relevant to the plot, how long the Hearth has been around is. I love how the book plays with identity, but it doesn’t dig very deep into it, and the relationship between the twins didn’t resonate as strongly with me as I’d hoped. But even the fact that Lam manages to make this mash-up of elements work this well is quite impressive. Despite the marketing department’s attempt to describe it in terms of the pop culture du jour, False Hearts is a true original. 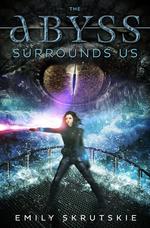 Cassandra Leung has been training her whole life to command Reckoners, genetically engineered sea monsters bred for defense against pirates in the NeoPacific, and she views the day she can finally go out on her own as the day her life begins. Unfortunately, she has the worst first day ever, as her ship is attacked, and she’s kidnapped by pirates . . . and forced to train a baby Reckoner for the enemy.

A baby Reckoner they can’t possibly have, given the strict regulations surrounding Reckoners.

Emily Skrutskie’s conception of sea monsters comes from the real-life monsters of the sea, making them easy to imagine. Reckoners come in varieties like terrapoid, cephalopoid, cetoid, and serpentoid, and Skrutskie provides just enough tactile detail to bring these beasts to life. The overall worldbuilding is a bit shaky, as it isn’t quite clear how or why the world got to a point where we needed friggin’ sea monsters to deal with pirates. Cas gives some basic background on what the world is like, and it’s enough to accept so I can enjoy a book about pirates and sea monsters.

But the true marvel of The Abyss Surrounds Us is that the sea monsters are not even the most compelling part. Sure, I loved each and every scene that involved Cas training her baby sea monster, who is so cute and deadly and at one point eats a helicopter. First and foremost, however, the book is about character. Cas struggles with the things the pirate queen Santa Elena makes her do, as she knows that pirates murder her people every day. And her Reckoners. She fights her attraction to her handler, Swift—who in my head is literally Pirate Taylor Swift—because that hot pirate is as much her captor as Santa Elena. At first, the idea of a romance between a prisoner and her captor made me uncomfortable, but Skrutskie absolutely understands the power dynamics involved and sells their relationship as something more powerful and complex than simple Stockholm Syndrome. There’s more to Swift than what’s on the surface.

While Cas and Swift get the most character development, Santa Elena makes for an interesting villain because she’s characterized almost entirely by what she does. We understand who she is through the way she treats her crew, who all wear tattoos, essentially a brand they “willingly” give themselves. She threatens the safety and well-being of everyone constantly, and she’s more observant than Cas may give her credit for. The supporting characters are less fleshed out, but I appreciated the presence of an Indian pirate and an Islander pirate! Between this book and The Girl from Everywhere, it’s a good year for diverse pirates.

The Abyss Surrounds Us takes Cas on a sea adventure that will change who she is forever. While Skrutskie deftly tells one satisfying story in this book, the final page manages to be both resolution and cliffhanger. It’s a well-executed, completely earned moment, and I can’t wait to see what comes next. 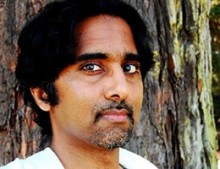