Hello everyone! My name is Chris Kluwe, and I’m pleased to be your newest reviewer at Lightspeed, offering the hottest of hot takes on upcoming science fiction/fantasy headed your way.

. . . Okay, this isn’t the sports world, so probably not so much “hot takes” as “here are some books I read that I think were particularly interesting, and you might enjoy them as well.” Please forgive my wandering train of thought reviews (and parenthetical asides (I love parenthetical asides)), I have severe character flaws. Ask my mom if you don’t believe me. 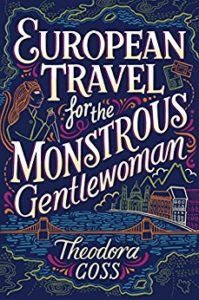 The first book I’d like to spotlight for you is European Travel for the Monstrous Gentlewoman, by Theodora Goss. This one, I have to admit, took me a little bit to get into, but once I did, hooked me all the way to the ending. It’s written in a Victorian England style highly reminiscent of Sir Arthur Conan Doyle’s Sherlock Holmes stories (which I rather suspect was the author’s aim), and is a delightful romp from the foggy streets of London all the way through the imperial flower gardens of Budapest. More importantly, it re-imagines multiple literary figures (such as Jekyll and Hyde, Frankenstein’s monster, and the creations of Dr. Moreau) as female characters, transforming the League of Extraordinary Gentlemen into the Athena Club, a no-nonsense, take-some-prisoners group of women who show the men in their lives that gender isn’t one’s defining characteristic, but rather one’s brains.

One thing that really grew on me were the fourth-wall-breaking exchanges between the main characters of the Athena Club. At first, these felt like a gimmick designed to subtly wink at the reader, but the slightly-out-of-context conversations really did an excellent job of highlighting the various characters’ personalities and provided a richness to the story that I’m glad was there. They reminded me a lot of Terry Pratchett’s footnotes in his Discworld series—an extra layer of information that added depth and complexity to the surrounding text without quite breaking the flow of reading.

Finally, I’d like to point out that even though this is the second book in what I presume will be an ongoing series, reading the first book is not at all necessary (as I had not read The Strange Case of the Alchemist’s Daughter before reading European Travel for the Monstrous Gentlewoman), and in fact, provides a frankly hilarious running gag throughout the course of the book that I won’t spoil for you here. 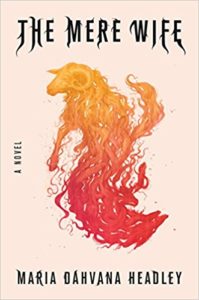 The second book I’d like to draw your attention to is The Mere Wife, by Maria Dahvana Headley. This one is a re-telling of the classic myth of Beowulf, one of the Western world’s oldest stories, but this time relayed in a frighteningly topical environment.

I’m not going to lie, The Mere Wife is a tough read, especially if you’re at all conversant with police brutality, PTSD, and the racial/socio-economic divides of modern America, but having said that, I highly recommend reading it anyway. The bones of Beowulf are clearly visible throughout the entire novel, but Headley has done a remarkable job of re-inventing them to be intensely pertinent, in ways that stick with you long after you flip the final page.

One warning—the text jumps from viewpoint to viewpoint with few warnings to the reader, but there was never a chapter that I couldn’t figure out who was narrating after a page or two. As someone who enjoys literary puzzles, this didn’t distract me from the story at all, but be aware that you’ll need to pay attention the entire way through.

I fully expect The Mere Wife will join the shelves of multiple English teachers’ classrooms in an attempt to introduce twenty-first-century children to the epic tenth-century poem, and, more importantly, will hopefully teach some of those students who have everything what it feels like to have nothing.

Read if: You want to cry at the end; you enjoy the classics but can’t stand “forsooths” and “prithees”; you want something for your book club to feel woke. 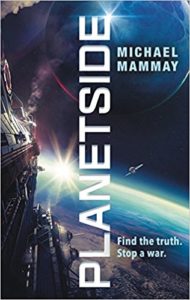 Lastly, I’d like to take a look at the upcoming novel Planetside, by Michael Mammay. This is a relatively straightforward military SF whodunnit about an aging colonel called out of retirement to investigate a mysterious disappearance in an active war zone (on an alien planet, naturally), but it doesn’t take much reading between the lines to see the obvious parallels between Cappa Base (the site of the investigation) and the war/US occupation of Iraq and Afghanistan.

To be honest, I was initially somewhat hesitant to include Planetside due to the way it ends—the denouement, when combined with the setting of the book, is quite unsettling. However, after thinking on it for several weeks (and corresponding with the author, who definitely plans to explore the protagonist’s choice in a meaningful way), I realized this book offers valuable insight into an entire generation—one shaped by a series of endless wars fought for nebulous goals, framed by figures who may or may not have the country’s best interests at heart. In this case, even though it left me feeling uncomfortable, I am recommending Planetside because I think it has something valuable to say about our society, the path we’re currently treading, and what outcomes might result.

As far as the writing, it’s clear Mammay is a seasoned veteran who draws extensively on his own military experience to craft both his dialogue and worldbuilding, but he also does an excellent job at avoiding jargon overload—a frequent danger in military SF. This leads to a believable setting filled with natural characters that never feel like caricatures or one-dimensional tropes. The action is fast and fluid, and does a great job at conveying the chaos of violent encounters while still being easy to follow. I also felt the suspense portion of the book was decently crafted—there are enough breadcrumbs to figure out “whodunnit” before the actual reveal, but not so many that it feels transparent.

All in all, aside from my personal reservations about the ending, the book was an enjoyable read and would likely sit well with any fan of military SF looking for an action-thriller to browse while lying in the sun at the beach.

And that’s it for me, folks! Thanks for tuning in, and I’ll be back next time with a whole new set of books that I think might possibly be worth your time. Thanks for reading!

The Girl In The Green Silk Gown, by Seanan McGuire