Nowadays it seems like great new SF TV shows and movies arrive every month. But those aren’t the only media experiencing a surge of new properties fueled by excellent speculative writing. Authors and artists are crossing over to game writing and design, video games are crossing over to books and comics, cats and dogs are living together—it’s glorious! So let’s talk about some recent video games that offer not just old-school entertainment, but an immersive, innovative way to explore speculative stories and ideas. 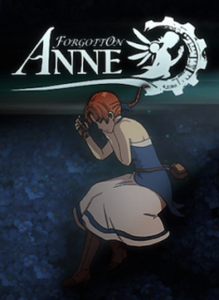 “Oh, look how sweet this game looks,” I said. “It reminds me of Kiki’s Delivery Service and other Studio Ghibli movies, with its adorable female protagonist named Anne and its array of anthropomorphized objects as characters. She’s going to talk to a shoe! And a lamp! This will be cute.”

Dear readers, this game is not “cute.” Rather, it’s not merely cute. It’s also a biting exploration of the way totalitarian regimes dehumanize their citizens. What better way to depict this objectification of people than to depict them as literal objects?

The first clue comes early, when we learn our protagonist, the very sweet Anne (Rachael Messer), also bears the title “Enforcer.” Bonku, Anne’s “Master,” is the only other human in the Forgotten Lands—a place where objects go when they fall through the metaphorical cracks of our world, the “Ether.” Bonku is trying to construct a bridge that will allow all the Forgotlings to return home. For many Forgotlings, like the shoe, this means they will once again have purpose. For many others, it means sacrificing the sentience and free will they have gained.

Anne was raised by her Master and has obeyed him without question until now. But as the Forgotlings’ unrest grows, a group of rebels begins destroying the infrastructure the Master needs for his Ether Bridge. Anne, who possesses the ability to permanently kill Forgotlings (called “distilling,” because they’re not human, right?), is torn between wanting to serve her Master and what she thinks is the greater good, and wanting to understand why some Forgotlings are rebelling. As the situation becomes more dire, Anne is forced to make difficult moral decisions that determine the fate of all Forgotlings, including her Master and herself.

The gameplay is simple and entertaining, with few mechanics to remember. Anne can interact with objects, jump, and occasionally use mechanical wings to jump greater distances. The Arca device gives Anne the ability to transfer energy out of and into objects, such as batteries and Forgotlings, and is the mechanism used for most of the game’s puzzle-solving. Overall, the gameplay is extremely forgiving. Unless you’re going for all the trophies, you can take your time on puzzles, fail repeatedly, and easily try again. There’s nothing new here, but the gameplay is solid and satisfying and rarely gets too frustrating.

Where Forgotton Anne truly excels is in its storytelling. The combination of layered themes, strong voice acting, and difficult player decisions creates a surprisingly immersive experience. The rebel “Mr. Fig” (Daniel Pierce) is extremely charming as a talking, wig-wearing “posing doll,” and you may find yourself—as I did—deeply concerned about his well being. (Okay, yes. I have a crush on Mr. Fig. In my defense, most of you will, too!)

Although some of the larger mysteries of this world remain unexamined even at the end of the game, Anne’s story is compelling and absolutely worth your time. Trust me, you won’t soon forget Forgotton Anne.

If you like narrative games, traditional 2D animation, moral dilemmas, forgiving mechanics, casual platformers, and/or games where player actions can change the outcome of the story. 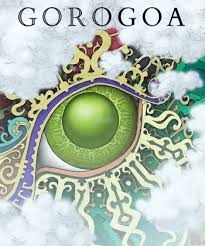 If you ever wanted to step into a Shaun Tan book (bit.ly/1jyGO2q)—to experience that blend of surreal beauty and understated storytelling—look no further than Gorogoa, a gorgeous puzzle game created and illustrated by Jason Roberts.

“Gorogoa” is the name of an invented creature (bearing no connection to existing mythologies from our world) that appears in the fictional city of the game. The player’s task is to help a boy construct an offering to the creature by finding five “fruits” of different colors.

The mechanics are simple: On a grid of four squares, the player can slide images to different quadrants, zoom in and out, move up and down or to the sides within the tiles, and occasionally break a tile into several new images. As the tiles are layered and shifted, we also shift through time and scale, exploring different moments of the boy’s life overlaid with his (fictional) religious studies.

Occasionally combinations spark animations that engender a growing sense of melancholic wonder. An old man climbing stairs on the side of the mountain snaps into place with the wheel of a cart and the gear-like design of a plate, and suddenly a doorway rotates ninety degrees and allows the boy to enter a new scene. Removing the cover on a box of crayons allows you to replace the crayons with coal, making the box heavier and upsetting the balance of the shelf upon which it was resting. It’s incredibly satisfying to discover these little moments, like unearthing tiny, sparkling treasures.

It doesn’t take long to play through the whole game, and the story wraps up without much fanfare. Even so, it’s a gorgeous, meditative experience with an emotional wallop far greater than its runtime implies.

If you enjoy games that feel like poetry, find puzzles relaxing, care more about the journey than the destination, only want to spend a couple of hours total, and/or don’t mind the lack of a coherent, linear narrative.

If you’re looking for fully realized characters or a complete story, you don’t like experimenting with mechanics, or you require many hours of play to feel as if you “got your money’s worth.” 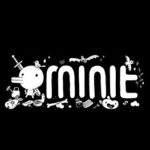 Here’s the deal with Minit: The first thing you do is find a cursed sword, and after that, you die every sixty seconds. For the rest of the game.

How does this work? Some of the objects you find persist between deaths, you can occasionally nab a new “home base,” and some puzzles remain solved. Other than that . . .

I thought I’d find this stressful, but much to my surprise, the opposite occurred. There’s very little pressure to accomplish anything when you know you’re going to die. Get frustrated? Wait a few seconds and you’ll die and start back at your home base. Plus, if you do want to get something done, it can only be the tiniest next step along the path. (There’s a life lesson there, but I refuse to see it.)

Although it’s possible to find the factory that creates cursed swords and shut it down (woohoo!), do yourself a favor and find a walkthrough when you’re done—there are many hidden moments of whimsy in this game, and you don’t want to miss any of them.

If you enjoy old-school Rogue-like adventure games, retro graphics, dexterity-based challenges, and/or you just want to try something new and fun for a few minutes.

If you’re looking for profound characters or narrative, graphics in colors other than simple black-and-white, or something relaxing. (Remember, it’s called Minit for a reason.) 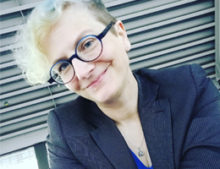