by Jennifer Heddle and John Picacio 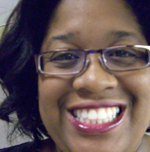 The Lightspeed family is sad to report that our art director, Karen Jones, died suddenly in early November of natural causes. In tribute to her, we offer these words of loving memory from two of her best friends in the field, Jennifer Heddle and John Picacio.

Karen Avery Jones was my friend for over 17 years. We initially bonded over our mutual love of The X-Files, and soon enough she was a fixture in my life. We went to countless movies together, vacationed together, attended Comic Cons and literary conventions together. She spent more than one Thanksgiving with my family. I never questioned that she would always be there when I needed her. I guess that’s how it happens, right? You assume someone will always be there, until they’re not.

If you never had the opportunity to hear Karen laugh, you missed out on something truly special. Her laughter was loud, frequent, and completely infectious—and usually preceded by one of her trademark wicked one-liners that left us all gasping for air. Her easy laugh reflected the simple joys she found in life. She loved reading, seeing movies, gaming, cooking, going to concerts. But that never stopped her from trying to do more, to learn more. She had an intellectual curiosity and a dogged drive to continually improve herself that I envied and admired. She taught herself Japanese and traveled to Tokyo. She decided to learn to draw—and became a capable artist. She taught herself computer programming languages and helped friends with their websites. She assisted on independent films and taught herself everything there was to know about personal finance. There was never a time that Karen wasn’t teaching herself something.

As evidenced by her work for this magazine, she also had a great eye for art. Karen wouldn’t just tell you she liked a painting, she would be able to tell you why, with her background in archaeology providing a context for it all. She loved her work for Lightspeed and Nightmare; she took delight in searching out new artists and was genuinely excited every time she offered someone a contract. I don’t think it was a role she’d ever imagined for herself, but like every other task set before her, she took to it with dedication and enthusiasm.

Karen was a woman of many talents who filled many roles (not least of which was adoring aunt to her nieces), but the quality for which she will truly be remembered is her friendly, open nature. Everyone around her enjoyed her company. We often attended the World Fantasy Convention together, and by the end of the weekend it seemed like half the people there knew who Karen was. Every friend I introduced her to became her friend, too. That was just how it worked. No one had an unkind word to say about her. Everything was more fun when she was around. She made my world brighter, and I would do just about anything to hear her laugh again.

A great person died last month. Her name was Karen Jones and she was my friend.

I heard the news when I was heading out to the World Fantasy Convention Art Show Reception on Nov. 8. Jennifer Heddle phoned me and let me know. It was a shock, to say the least. She introduced me to Karen at the World Science Fiction Convention in 2002, and they were very good friends for the better part of two decades.

Rather than dwell on Karen’s death, I want her to be remembered for the good that she brought. She had an infectious smile and laugh, and for several years, a group of us including Chris Roberson, Allison Baker, Lou Anders, Paul Cornell, Jen Heddle, Alan Beatts, Jude Feldman, and Karen were a rolling “rat pack” of sorts that banded together at more conventions than I can count (shoutout to Joe McCabe and Jess Nevins, as well). We were all building pro careers in various publishing capacities, whether it be as editors, illustrators, writers, retailers, or publishers—all of us it seemed, except Karen.

She was a voracious reader and connoisseur of film, TV and video games, and she wasn’t chasing a career in publishing. She was simply one of us. She was strong, quietly confident and true to herself. I think it was Chris that once said Karen was the smartest one amongst all of us, and it was true. I don’t know what Karen’s IQ was, but if one of us was officially “genius,” it was her, without a doubt. She never flaunted. She was unabashedly geek-proud, passionate about the things and people she loved. She brought joy wherever she went, and I’ll always remember her for that.

She may not have been chasing a career in the arts or publishing back then, but lo and behold, in recent years, she ended up becoming the art director for Lightspeed and Nightmare, once again proving how diverse her talents were.

She was funny. She was brilliant. She was luminous.

You will not be forgotten, Karen. 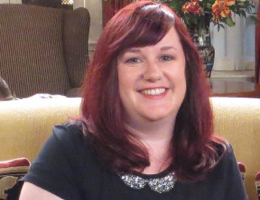 Jennifer Heddle is senior editor of adult fiction at Lucasfilm/Disney Publishing Worldwide, handling Star Wars novels and comic books. Prior to that she spent 15 years in publishing in New York, primarily at Penguin and Simon & Schuster. She writes for the official Star Wars blog at starwars.com and has had pieces published in Star Wars Insider and at io9, and recently has been trying her hand at writing Star Wars Rebels Early Readers. She is originally from New York City, but currently resides in Alameda, California. 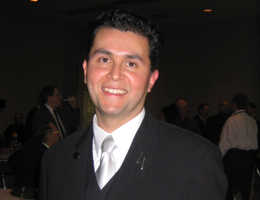