This month, we take a look at the series Dirk Gently’s Holistic Detective Agency, an adaptation of the classic series by Douglas Adams.

The role of the fictional detective is to strike at the unknown and restore order to the universe. Someone has stolen something or killed someone or otherwise gone outside the bounds of statutory, moral, or, in some cases, natural law, and it is up to the detective to resolve the tension of this trespass, either by returning things back to the status quo, stopping the bad guy from creating more chaos, or just providing an explanation of what exactly happened. The detective’s tools tend to be a combination of cleverness, grit, and insight that allows him or her to make connections between chaos, and in doing so, find meaning in a chaotic world. This is how most detective fiction operates.

BBC America’s Dirk Gently’s Holistic Detective Agency is a reversal of the usual formula. The universe of the show seems chaotic, but it follows patterns and synchronicities, strange loops and echoes of itself. “Everything is connected,” we are continually reminded by Dirk. The titular detective can’t see the big picture any better than anyone else, but he does have a knack for navigating the web of coincidences and fate. In the process, though, he does not restore order, but instead creates chaos in the lives of everyone he meets, especially in the life of his everyman sidekick, Todd.

The show shares its name, a scattering of references, and its basic conceit with Douglas Adams’ novels. The show is otherwise very different. It’s set in contemporary America rather than Britain in the ’80s and follows a very different plot. While still British himself, this Dirk Gently is ebullient and silly, drawing more from Matt Smith’s Eleventh Doctor than Douglas Adams’ original. This isn’t in itself a bad thing. Douglas Adams’ work is known for being difficult to adapt, and a more faithful adaptation, BBC’s Dirk Gently, was produced just a few years ago. I appreciate a bold reimagining, even if at times you might wonder if the series really needs the Dirk Gently name at all.

The series starts with a day in the life of Todd Brotzman (Elijah Wood), a put-upon sadsack who discovers a dead body in the hotel where he works as a bellhop. This discovery draws the attention of Dirk Gently (Samuel Barnett), who was hired to investigate the murder by the victim before it happened. Todd is reluctantly enlisted as Dirk’s assistant/best friend as they try to unravel a complicated mystery involving psychics, time travel, bodyswapping, murderous cults, secret government experiments, assassins, energy vampires, electricity monsters, and cops on the edge.

Todd and Dirk bounce back and forth from one ridiculous situation to another at a breakneck pace, stopping only to wonder what the hell is going on. Over the course of the series, they are joined by Todd’s sister Amanda (Hannah Marks), who suffers from a surreal illness, and Farah Black (Jade Eshete), the hyper-competent and hyper-neurotic bodyguard of the dead man. Todd and Dirk’s adventures are mirrored by a woman claiming to be a holistic assassin (Fiona Dourif) and her captive (Mpho Koaho). The performances are probably the best thing about the show, and the cast manages to keep things compelling even when the script loses momentum or the jokes don’t land.

Beyond the performances, much of the charm of the show comes from the ways it subverts typical tropes of detective and adventure fiction. Dirk is neither particularly clever nor capable, and his use of intuition often plays almost like a bizarro parody of Sherlock Holmes-style deductive reasoning. The central mystery is so dense and diffuse that nobody we meet seems capable of even understanding it. Whenever we meet someone who we think will explain the plot, we only find another confused weirdo trying to figure out what is happening. There’s an endearing fragility to most of the characters, even its villains, although this fragility is hard to reconcile with the show’s use of violence, as discussed below. The SF elements only barely make sense, even within the show’s own logic, adding to the sense that the mystery is impenetrable. While I know it’s not everyone’s cup of tea, the unknowable, psychedelic mystery is one of my favorite subgenres (cf. Twin Peaks, The Prisoner), and it’s fun to see it presented here as a stylish action-comedy.

While entertaining throughout, the show really finds its footing in its final episodes. The ultimate explanation for the central mystery is probably the most coherent I have ever seen for a show of this kind. More importantly, the characters and their relationships really start to go to some interesting places. Dirk in particular becomes a lot more interesting as we see how floating through life as a tool of fate has affected him emotionally. Todd, too, reveals himself to be struggling with the past in a way the recasts his earlier actions. Indeed, coming to grips with the past is revealed to be the central theme of the show, a fact that I wish had been introduced earlier.

My main complaints about the show are intertwined with the things I like most about it. A lot of things that are conceptually interesting can be awfully dull in practice. As much as I love the idea of a detective who operates entirely on impulse and coincidence, Dirk is often a passive character, waiting around for something to happen while Todd complains about how nothing makes any sense. Likewise, when looking at the series as a whole, the way that seemingly random incidents come together at the end is pretty interesting, but in the early episodes the randomness makes the show feel scattered and arbitrary. The fact that a boring scene in episode two will pay off brilliantly in episode eight doesn’t make that scene any less boring when you’re initially watching it.

Additionally, the show has a tendency to rely on gratuitous violence to establish its stakes. While the violence works really well as a dark punchline for the holistic assassin character, much of the violence feels like an attempt to balance out the quirkiness of the proceedings with some menace, as if the show is embarrassed that it is about two dummies solving a silly sci-fi mystery and needs to make sure you know that it is serious and meaningful and not really as silly as you think. One particular instance of brutal violence against a woman in the middle part of the show stands out as gratuitous, gross, and out of step with the general tone of the show. It’s made worse by the fact that there’s already plenty of thematic menace built right into the story, crazy monsters and people meeting nightmarish ends due to weird science, that the gun violence and brutality seems that much more unnecessary.

Dirk Gently’s Holistic Detective Agency shares a lot of its creative DNA with Sherlock and Doctor Who, and fans of the latter series will likely enjoy the former. If you lay aside its themes and conceits, the show is, at its heart, about two goofs goofing around in order to solve a goofy mystery. It’s a fun ride, very bingeable, and good for some light entertainment. I am especially excited for the next season. If the final two episodes are any indication, the show may have worked out its kinks with pacing and character, and season two could elevate the show from good to great. 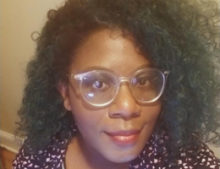