Let’s face it. We’re doomed. Our species’ greatest scientists have admitted as much—if we don’t find a way off this rock, the human race is facing extinction. (Dr. Stephen Hawking said so, so it must be true.) However, based on a cursory glance at NASA’s current budget, colonizing anything farther away than New Jersey seems somewhat out of the question. We’re not going anywhere. Which can mean only one thing: The position of top of the food chain will soon be accepting new applicants!

The eradication of the human race will leave one hell of a vacancy in the power structure of the world’s ecosystems, and you can bet that just like when that cushy management position opened up at your soulless corporate workplace, everyone and their genetically similar yet distinct relatives will have their sights set on that sweet corner office.

So, with that in mind, we here at Lightspeed decided to act as a kind of global HR and sort through the tens of thousands of applicants for the top job. And, after much haphazard and capricious searching, we’ve narrowed down our replacement to these five possible candidates, based on their advantages, disadvantages, and the likely scenarios in which they will rise to power. Enjoy!

Ravens and their hillbilly cousins, crows, have vexed us for centuries. Admittedly, any species that can be outsmarted by some straw shoved into size 42 coveralls and Grandpa’s flannel shirt has a long way to go to fill our shoes. However, their perseverance in the face of our advanced anti-scarecrow weaponry demonstrates the drive, ambition, and intelligence needed to climb to the top of the food chain.

Ravens and crows are documented tool users. In laboratory experiments, they’ve demonstrated the ability to bend wire in order to fish treats out of containers, and have been observed in the wild trimming leaves into shapes necessary to perform tasks. And by “shapes” we mean knives with which to cut your punk ass.

So, if today they’re trimming leaves and bending wires, it’s not a big leap to imagine that a thousand years after we’re dead, they’ll be re-discovering gunpowder for use in their bloody war with the pigeon tribes. And while they haven’t demonstrated the comprehensive vocabulary of, say, parrots, ravens can imitate a variety of sounds, including human speech.

We predict that “Die pigeon scum!” and other battle cries will likely be the primary use of this skill at first.

The lack of opposable thumbs is a downside. Not that this has prevented them from stealing the lunch of Yellowstone snowmobilers. And, being birds, their skeletons are fragile and easy to break.

They also seem to share our addiction to shiny objects, so within a few hundred generations, expect them to reinvent capitalism. Now, to some people, this talent could be considered an advantage. However, until we see how they regulate their derivatives markets, we’re marking this one down as a serious liability.

Our attempts to cure a new, deadly strain of the West Nile Virus by tinkering with its genetic makeup result in an even more deadly version to which crows and ravens are immune. The disease spreads rapidly through the human population, and in 36 months, our rotting corpses will serve as a valuable source of nourishment for the ravens’ Hitchcockian midnight terror flocks.

The cockroach is synonymous with survival. They’ve been around since before the dinosaurs, there are over 4500 disgusting varieties, and so much is our hatred for their chitinous kind that exterminating cockroaches is a bazillion dollar a year industry. Yet despite our best efforts, they persevere.

Which leaves no doubt in our minds that cockroaches are playing a very long game of planetary conquest. They may not be too smart, but they do have time on their side.

Cockroaches breed rapidly. A female can produce upwards of 300 to 400 offspring in her lifetime, and offspring mature in three to four months. (Kinda puts the Octomom to shame, doesn’t it?)

Also, their brains run as a distributed system through their body which means that a decapitated cockroach can live for a week until it starves to death. Early cockroach entrepreneurs will make their fortunes selling prosthetic heads with “real chewing action.”

Their tiny nervous system lacks the capacity for anything beyond eating, crapping, and making more roaches. A cockroach civilization will take a very, very long time to arise.

We nuke the hell out of the entire planet. They win through sheer stubbornness.

These freakish abominations of the deep are not only very intelligent, they’re also psychic and capable of predicting the outcome of our sporting events. Now, the World Cup may keep them occupied while we’re running things, but you can bet that once we’re gone, octopi will quickly be turning their tentacles and mind powers to the task of total world domination.

Like crows, octopi are also able tool users. Better still, they can learn how to solve problems by observing others. Some experiments even indicate that they have both long term and short term memory.

Many species of octopi also practice mimicry, allowing them to take on the appearance and color of dangerous predators, harmless sea weed, or the ever-present plastic crap that will cover the sea bottom even centuries after our extinction. So it’s not too hard to imagine an octopus, emulating the shape of a plastic six-pack holder, striking fear in the hearts of even the most dangerous of their sea-going enemies.

Well, there’s that whole “not breathing air” thing. Also, so far, their habitat is strictly limited to salt water. But worst of all, they live for a disappointingly short period of time (around two years), making the formation of civilization somewhat problematic. In order for them to ascend to the head of the food chain, advances in life extension and educational systems should be their first priorities as a species.

Rapid, unchecked global warming leads to rising sea levels while also rendering the planet too hot and too carbon dioxide-y for us to survive. Given that 70% of the Earth was covered in water before we melted all the ice, it’s safe to say that when the other 30% of planet earth is submerged, octopi will face little opposition to their maniacal quest for world domination.

A harmless herbivore, you say? Not so. Given that we’ve driven nearly all of their natural predators to extinction, we believe the deer population is now a bottle of Diet Coke just waiting for the Mentos to be dropped. To back up that claim, statistics show that deer kill more people than lions, tigers, and bears.

So, the question is: Without us around, who’s to stop them?

The necessary fanaticism to become a suicide martyr is rare outside of our species, but tens of thousands of deer die each year attempting to cull our population by flinging themselves bodily into car windshields. For decades, they’ve been waging this silent war against our kind, and, compared to most species, they’re highly successful at killing us. If they can sustain this kind of commitment after the human race has been eliminated, we believe they stand a pretty good chance at the win.

A Mad Max-style fossil fuel supply collapse destroys our food distribution network, leading to widespread starvation. With their one last true natural predator off the highways, the deer population will grow until they are the dominant species on the planet.

Water bears are omnipresent microscopic animals found in water anywhere from the highest mountain peaks to the deepest ocean trenches. The nickname comes not from their appearance, but from the way they move; a slow, bearish sort of meandering.

However, if you squint and/or take a few shots of tequila, they do start to look a little like an eight-legged Winnie the Pooh.

They can survive in goddamned space!

Everything else. Being microscopic, there’s not a lot of room in them for intelligence. We haven’t documented any tool use or violent, genocidal outbursts against ourselves or other species. Most of the over 1000 species are herbivorous. Tardigrades are a “worst case scenario” winner.

In an attempt to create more “bitchin’ waves,” a group of surfer-engineers attempts to move the Moon closer to Earth. The Earth collides with the Moon, and all life, barring the neigh-indestructible tardigrades, is eliminated. The tardigrades drift through the universe for a billion years as frozen eggs until one day, they fall from the sky into the barren oceans of a young, watery planet that they will dub New Earth.

Well, if they had any capacity for language, they would.

No matter who dominates the planet after we’re gone, humans will be remembered, perhaps even revered with feelings akin to those we have for the dinosaurs—Earth’s most famous top dog of yesterday’s epoch. Imagine it: Young octopi will play with cheap plastic replicas of humans, depicted with a thick pelt of garishly colored corporate logos. Or perhaps the most popular raven film of all time will be “Holocene Park,” a tale of hubris-filled crow scientists who bring extinct humans back from the dead by combining fragments of our DNA with pigs.

But even if neither of those scenarios come to pass, you can be certain that the long and glorious reign of Humanity will not be forgotten—our millions of tons of toxic and nuclear waste will see to that. 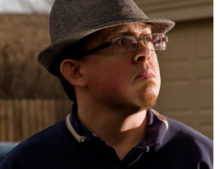