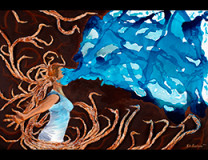 Harry and Marlowe and the Intrigues at the Aetherian Exhibition

Finally, Harry arrived at the Royal Albert Hall in Kensington with her mother and her older sister Victoria. Once they entered through the great gilt doorway, a friendly attendant waited to show them to the royal salon. Harry glimpsed, through another ornate archway, the main hall and the exhibition installed there. 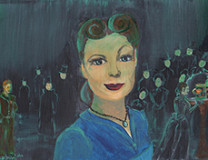 Erm Kaslo always found that a strong drink or two helped clear his head of the after-effects of the sedative that cushioned the fragile human psyche from the irreality of passage through a whimsy. He was sipping from a glass of red abandon in the second-class lounge of the second-rate liner, Armitou, when harsh bells clanged throughout the ship. Immediately, the ever-present underhum of the vessel’s normal-space drive lowered its pitch then began to fade. In a few moments, Kaslo couldn’t hear the sound at all. 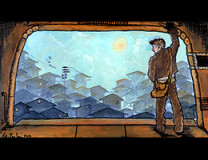 An Invocation of Incuriosity

There are flea markets all across Florida, and this was not the worst of them. It had once been an aircraft hangar, but the local airport had closed. There were a hundred traders there, behind their metal tables, most of them selling counterfeit merchandise: sunglasses or watches or bags or belts. There was an African family selling carved wooden animals, and behind them a loud, blowsy woman named (I cannot forget the name) Charity Parrot sold coverless paperback books, and old pulp magazines, the paper browned and crumbling, and beside her, in the corner, a Mexican woman whose name I never knew sold film posters and curling film stills. 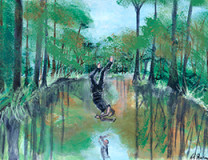