Science fiction is a genre that is constantly in conversation with itself. The call-back, the reaction story, and the homage are all familiar riffs in the song of SF. Vagrant Queen, created by Jem Garrard and airing on SyFy, is a smart, funny, neon-soaked space opera that uses all those tools to alternately embrace and interrogate SFF’s deeply-rooted tropes through the lens of an endearing, addictive show.

Though the show owes a lot of its aesthetic to classic camp, with a scenery-chewing, over-the-top villain (Lazaro, played by Paul du Toit) and an entire episode devoted to a retelling of the movie Clue in space, it features vibrant, well-developed characters, a refreshingly healthy approach to their complex relationships, and a cast headed by a queer woman of color and centering a will-they-or-won’t-they f/f relationship as its primary romance. Vagrant Queen doesn’t just refuse to apologize for its queerness; it refuses to acknowledge that queerness as worthy of remark. Elida and Amae’s relationship is portrayed as exactly the sort of unresolved-sexual-tension-filled clichéfest that the het romance normally featured in this kind of show would get, and gives us a future where queer love doesn’t need a narrative justification or a balancing tragedy to be centered.

Vagrant Queen is based on the comic book series of the same name, written by Magdalene Visaggio. The star of our show is the scrappy, self-reliant Elida (played by Adriyan Rae): a scavenger (“scav”) who scrapes out a meager living by salvaging (or stealing) ancient artifacts and technology for wealthy patrons and crime bosses. But Elida’s no ordinary scav: As we find out in the pilot, she’s also the long-missing—but unwilling—Queen of Arriopa. She quickly gathers friends to support her—her old frenemy Isaac (Tim Rozon), and a genius mechanic-slash-love-interest named Amae (Alex McGregor). They set forth on Isaac’s spaceship to save the galaxy, or sell it for a profit, or possibly just to stay alive and keep scavving.

When the Committee for Public Safety-like Republic who deposed Elida comes looking for her, though, they’re drawn into a war to save the people of Arriopa from Lazaro’s totalitarian, mindslaving rule. Elida and her friends are thrust into the position of fighting against a Republic they can’t let stand and aren’t willing to replace. The standard space fantasy trope would have Elida restoring the status quo by way of retaking her bloodright, but the show rules that out in the very first episode in favor of a much more interesting idea: What if the destined hereditary hero and her friends were reasonably well-adjusted human beings? Many episodes start out as a straightforward rendition of SFnal tropes, only to be taken in a new direction by the emotional beats of the story when the characters refuse to limit themselves to the emotional range and intelligence of their clichés.

Nodding to genre, as the show never fails to do, Elida initially refuses the call to save Arriopa from Lazaro and the Republic. She doesn’t want to be Queen; she just wants to move on with her life. When the Arriopan monarchists try to guilt-trip her into being their savior, Amae sits her down and tells her, “You are not responsible for the actions of your oppressors.” To a monologuing Arriopan mentor telling Elida why he lied to her about her mother being alive, Amae shouts, “This dramatic speech right here? It’s nothing but a ruse to hide the fact that you’re an asshole!” Having delivered this direct refutation of an overdone trope, she physically prevents him from following Elida. Later, upon realizing that she’s wronged Elida, Amae demonstrates a perfect apology, recognizing the impact of her actions as more important than her intent and acknowledging that Elida has no obligation to forgive her. It’s as though the writers sorted through their list of plot elements and discarded all the ones that require the main characters to be terrible at relationships.

The show ups the stakes as the season goes on, of course—adding a Galaxy-endangering McGuffin and a hereditary immunity possessed only by Elida herself—and at the same time we learn through flashbacks that Elida never believed she had a right to rule based only on her birth, unlike your typical deposed-and-hidden monarch in fantasy epics. Grappling with this dilemma—and the novel idea that she might not be the only person in the universe she can depend on—is Elida’s central character arc for the season. The show plays with this expertly, with twists and countertwists keeping Elida from finding secure footing until she’s spinning out of control, unable to trust even her closest friends and more convinced than ever that she’s better off all alone.

Despite the unexpected nuances in its characters and relationships, Vagrant Queen is also funny, fast-paced, campy as all Hell, and such a sheer joy to watch that I spent entire episodes grinning wildly. It’s littered with nods to classic SF media both well-known and obscure to the point that a second layer of joy can be found in the show through playing spot-the-reference. And it’s so deeply embedded in the fabric of its genre that SF fans ought to find it feels like a current and active participant in SF’s eternally ongoing conversation, rather than a reference-dropping imposter.

Sadly, Vagrant Queen was canceled by SyFy after the end of the first season, although Magdalene Visaggio indicated on Twitter that the show is seeking a streaming home. The existing season is still a joy and a delight, however, and is worth the time invested in it. 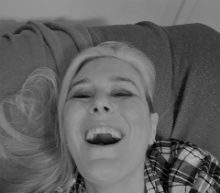 Born and raised in Honolulu, Lisa Nohealani Morton lives in Washington, DC. Her short fiction has appeared in publications such as Lightspeed, Fireside, and Daily Science Fiction. Writing as Ellen Cooper, she published the interactive novel Congresswolf through Choice of Games in 2016. She can be found on Twitter as @lnmorton.